Selfishness even more rampant these days than COVID-19 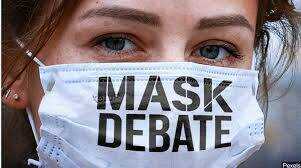 There are a lot of good people doing a lot of good things these days. Frontline workers of all sorts, civil servant such as police and firemen, and anyone who keeps going to a job every day knowing their exposure to the public could be harmful to their health.

But while many good things are going on, there are several personality traits keeping things from being better than they are. The political divide is something that widens more and more each day, and will not be solved regardless of how many words wind up in today's blog. But something that can be fixed if people just take a look at themselves and what they're doing is selfishness -- a horribly increasing quality in far too many people that makes all of the other problems even worse.

I notice several areas in my life where selfishness rears its ugly head, some obviously more harmful than others. Still, they are all annoying and rude and need to be eliminated.

Here are a few:

There are plenty of others, but these are the main ones. (I could go on and on about people who stop their shopping cart in the middle of an aisle or a major intersection in a grocery store to make or take a cell phone call that clearly has nothing to do with the shopping list. Just pull your cart over to the side, like I do, to allow traffic to slow more freely.) Let's all just be less selfish, and do things that will help the overall good of our lives instead of things that are just easier or better for us.