Dillinger in Greencastle - thinking about the man

As I was writing another story for the paper Monday afternoon, I was surprised to find out that Tuesday was the 85th anniversary of John Dillinger's locally famous downtown heist.

I was also a little bit disappointed that I was not able to write the story commemorating Greencastle's place in Dillinger's escapades. That's a story that I would've wanted to be all over as a history buff in the pursuit of #smalltownpr. 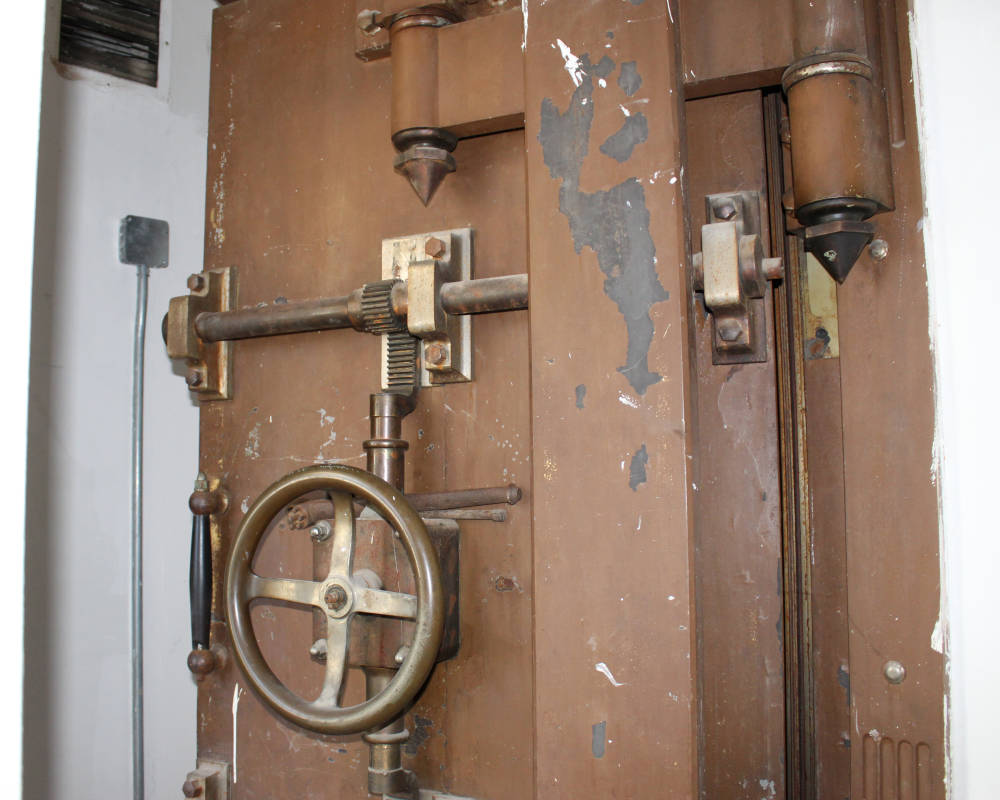 Even so, Mr. Bernsee put out an interesting article on the subject, and he obviously has been privy to a variety of informational tips as the BG's long-time editor. It would be much better for him to write the story than me, and he provides historical points in the narrative that I was unaware of.

His article's detailing of the event and its aftermath gives a good synopsis. Dillinger's 1933 robbery of the Central National Bank on the southwest corner of the square is considered to be his largest, with $75,000 in Depression money taken by him and his not-as-famous accomplices. It is also true that the vault from which that money was retrieved is still intact (all the better that this reporter has access to it). Dillinger would indeed meet his end in front of the Biograph Theater in Chicago within a year of the Greencastle stick-up.

However, this is where I have a mind to be a little bit of a skeptic. As such, I like to pose these questions about the robbery:

"How would Dillinger and gang have known when the time lock on the vault would be unlocked, even during the day?"

"Why didn't Greencastle police respond effectively to stop them, even if it really took them under 10 minutes?"

And the one that, to me, is the most enticing and provoking is this:

"Do you really think he got away with all that money?"

I have no doubt that researchers and enthusiasts have themselves asked these questions. If you are reading this and have information that we have not provided, please do reach out in the comments or on the Facebook page.

Conspiracy theories aside, John Dillinger is a fascinating individual who had a reveling for bloodshed. In a disturbing way, he has been entrenched into the American psyche as a sort of twisted folk hero since the days before his death. I think it can be argued that he was partially shaped by the uncertain times he lived in. He fits into the same mold as Bonnie and Clyde, who have been immortalized as lovers looking for excitement in an otherwise cruel world.

In his article, Bernsee left out an event that I think is crucial to getting at Dillinger's contemporary fame as a kind of American Robin Hood. Before he and his gang would make their getaway, the famed gangster saw a farmer standing by the teller's cage with a small amount of money.

Dillinger asked him shortly, "That your money or the bank's?"

"Mine," said the farmer.

"Keep it," Dillinger said simply. "We only want the bank's."*

I think that this exchange helped to cement him as a Depression era hero to people who had no money. While it is undoubtable that his killing police officers was reprehensible, it still makes us think about Dillinger's motives, and what he valued most.