(Trying to) not talk just about the weather 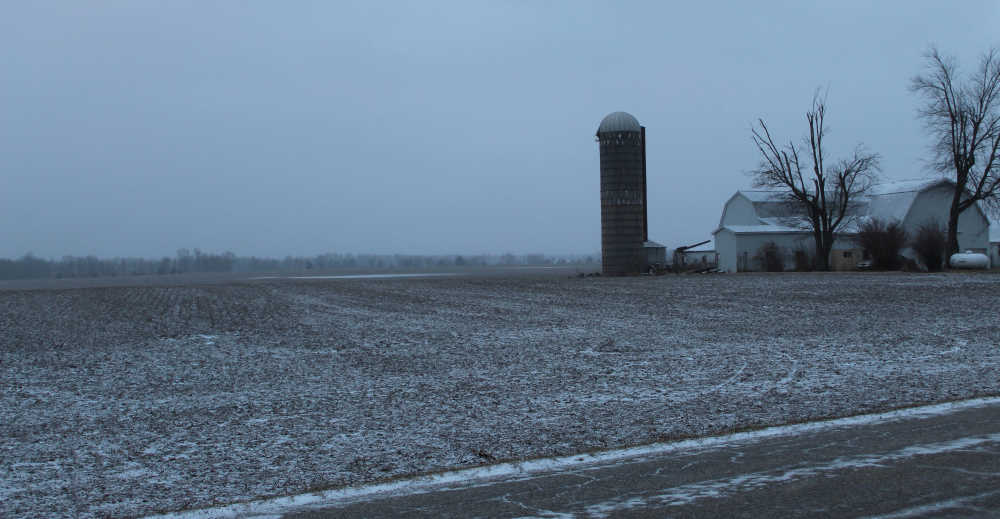 To say that I'm looking forward to the winter weather coming our way soon would definitely be an overstatement.

I imagine that local readers have the same sentiment. By this time tomorrow morning, central Indiana will be under a wind chill advisory, as they are expected to reach -30-to-45 degrees. We should be mindful that frostbite can effect exposed skin within 10 minutes in this kind of cold. That's a legitimate health concern.

It has become so that students at Purdue, Ball State and Indiana universities petitioned to have classes cancelled Wednesday, as many likely have to take at least 10 minutes to walk to and from their classes. When I first read this old article, I began to think about how lucky I was to never be more than a few minutes away from anywhere at Wabash.

That's not to say that we didn't have a little laugh about "toughing it out;" I don't think there really is an excuse to not go to class on small campuses like Wabash and Saint Mary-of-the-Woods (which I just found out has cancelled classes). But for bigger places like Purdue, where my sister usually bikes or walks, you're not very close to anywhere you might need to go to.

We're projected to see the coldest wind chills in more than 20 years. As I remember the winter of 2014 when the last polar vortex came in (and when it was said that some places were colder than Mars), I think that's saying something.

On the upside, I had one thing happen (again) that tells me I'm finally settled to some as a local reporter. During today's and last Tuesday's customary visits to Bert and Betty's in Fillmore for breakfast, the ladies knew that I wanted my coffee, and I got it without asking. This is a small achievement, but I have gone there regularly enough that I have now become at least recognizable. That part of #SmallTownPR seems to be working gradually.

I am also looking forward to tag-teaming with Jared to cover former Ohio Governor John Kasich's Ubben Lecture (now scheduled for Thursday given that DePauw has cancelled classes tomorrow). The press conference he will hold beforehand will be a first for me working for the Banner, and I'd like to think that it might lead to me having a one-on-one with him.

I would also like to again recount something that I think got lost in last week's post. Part of that is my fault for breaking a core rule I've tried to uphold with my blog, which is not talking too overtly about the controversial stuff going on outside the newsroom. This recent event made me think what it means to have answers to questions that demand critical thinking and more compassion.

This encounter occurred not quite two weeks ago when I was taking pictures of Indiana State Sen. John Crane as he toured Putnam County Comprehensive Services. As we were completing the tour, I was stopped by a PCCS consumer who asked me what turned out to be a very striking set of questions.

"Do you know that I'm retarded?" he asked me. He was slurring his speech a little bit, so I asked him to repeat the question until I pieced it together while trying to take a picture.

"That isn't the word I would use," I said somewhat nervously. "'Retarded' is not a word I'd use."

"Then what am I?" he responded inquisitively. It was at that point that I started looking around, because I frankly didn't know what to do. I found PCCS Consumer Relations Manager Stacie Langdon standing beside him, seeming to look as if she knew exactly what was happening.

"...I don't really know," I said unconfidently. "I think the word I'd use is "handicapped." It was at that point I remembered being angry once after hearing a Wabash student refer to those with disabilities as "handicaps."

I felt immediately ashamed and, honestly, somewhat deflated. I looked back at Stacie, who still smiled.

"You think I'm handicapped?" he asked as I started thinking about walking towards where the senator was talking with someone.

"You are much more than that," I told him. "You are more than retarded or handicapped." After that, I followed Stacie, Sen. Crane, and PCCS Director Andrew Ranck to get some final details before coming back to the office.

If there was a kind of Socratic discourse that made me think a little bit more about those who have more humanity in them than I do, that was it.

That exchange has also made me reflect on those I share my math class with at Ivy Tech. These are people within my age who have kids and their own challenges, and they're trying to better themselves through what may be difficult circumstances. As someone who hasn't really gotten life figured out himself, they have my kudos.