Others can make themselves look bad 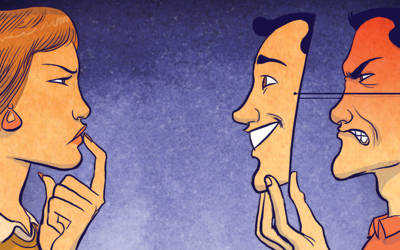 As I was walking around trying to get photos from First Friday a week ago, I was stopped by a town council member who had something rather peculiar to say to me.

"You gonna make me look bad in the paper again?" he asked, as if nothing was wrong other than that my coverage of his council's recent meeting would be published soon.

"Of course not," I replied. He then said an "Okay" before we went our separate ways.

However, I had anticipated this remark. Jared told me he heard from someone else that this individual was angry about my coverage of the council's September meeting, which highlighted a tense confrontation between him and another town official.

It isn't his attempt to size me up in and of itself that vexes me. It's that I found out about this a month afterward. Him not contacting me directly about my coverage has not endeared him to me any further. Him making it a point to passive-aggressively approach me after the most recent session doesn't sit well with me or Jared either.

I recently came up with a phrase to convey a principle I've stood by since I began to grasp the fraughts of small-town politics and conundrums: Reporting what happens is my job. It's up to them to make themselves look good or bad.

If comments or gestures which are made are pertinent to the discussion, they are fair game to be included as part of the narrative, regardless if they're positive or negative.

I have striven to maintain a positive rapport with the town councils and school boards I cover. There is a level of responsibility that applies to both sides. Trust and fairness go hand in hand; both depend on the other to serve this community better as a whole.

Unless an official gives me a compelling reason not to, or is being humorous (this has happened in good faith on many occasions), it's my prerogative to report what has been said or done in context. I stand by the integrity of my stories and my reporting the big picture, and no unfounded critique made after the fact will influence that.

Being passive-aggressive, as this individual was, gets you little sympathy or respect from me, either as a reporter or a community member. It doesn't matter if they have a beef with one of their colleagues, or if an election may be waiting in the wings. It is up to our officials, as well as their audiences, to own both their words and actions.

It is not my goal or subjective intent to make anyone "look bad." This is an example of one doing it to himself. I hope he and others I interact with will be more cognizant of the optics, and strive to put personal responsibility in front of motives or ambitions.