Getting into the spirit 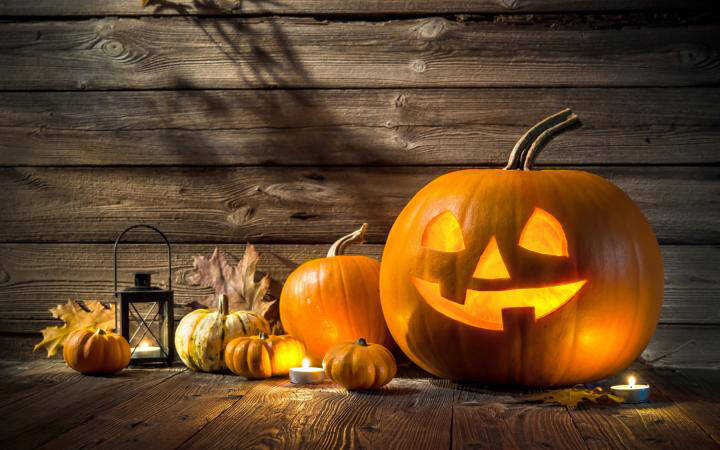 As a social event and from historical context, Halloween is a curious holiday to me.

Halloween as a singular day takes its cue from the celebration of Samhain, during which ancient Celts marked the end of the harvest and the beginning of winter with bonfires and rituals to appease the Aos Sí, or spirits which dwelt underground.

Some customs such as bobbing for apples are thought to have taken shape at least 500 years ago. Jack-o'-lanterns may have been inspired by Irish folklore surrounding Stingy Jack, who was forced to wander the Earth with a hollowed-out turnip lantern after being refused entry into Heaven, as well as Hell, for being a mean trickster.

I find the tradition of wearing Halloween costumes just as intriguing. It is intrinsically connected to trick-or-treating, which is derived from a medieval practice called "souling," where the poor visited houses and begged for little cakes in exchange for prayers for souls in Purgatory. This coincided with All Saints' Day and All Souls Day, which were instituted by the Catholic Church to draw away from the pagan Samhain.

As for dressing up, it is believed the Celts who were celebrating Samhain would impersonate the potentially vengeful Aos Sí in order to protect themselves from their wrath. This is thought to have simply translated to the Christian emphasis on souling.

Today, Halloween can be just an opportunity to be someone or something else for one night without being questioned or made fun of, because so many others will also be doing it. It also gives youngsters an exciting alternative to the longstanding Halloween tradition of getting into trouble because of pranks or much more destructive mischief.

I tried to pass as a incarnation of either John Dillinger or "Baby Face" Nelson last year. The obvious prop I did not have with me was a Thompson submachine gun (I think the police would have been a little suspicious if I did, and understandably so).

I also didn't drive around in the Studebaker which Dillinger and his gang used during their robbery of the Central National Bank 86 years ago. I myself would've had to have stolen it from a car museum in the village of Roscoe way up in northern Illinois ...

Nonetheless, I plan on getting into the spirit and dressing up in the same way for when I rove the Inn at DePauw, during which I will be taking photos. Perhaps someone will at least get the idea. The coat I'll wear could help me out, though, as there is a chance for snow and cold temperatures, whipping winds notwithstanding.

I would love for winter (along with Santa Claus and the Christmas displays which are already out) to wait until Thanksgiving. I'll just leave this rather amusing visual here: 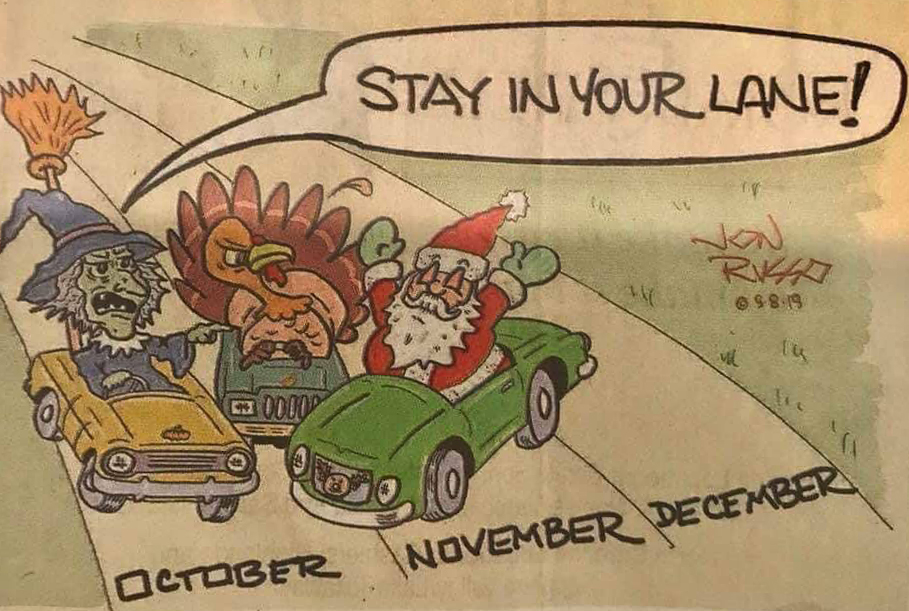