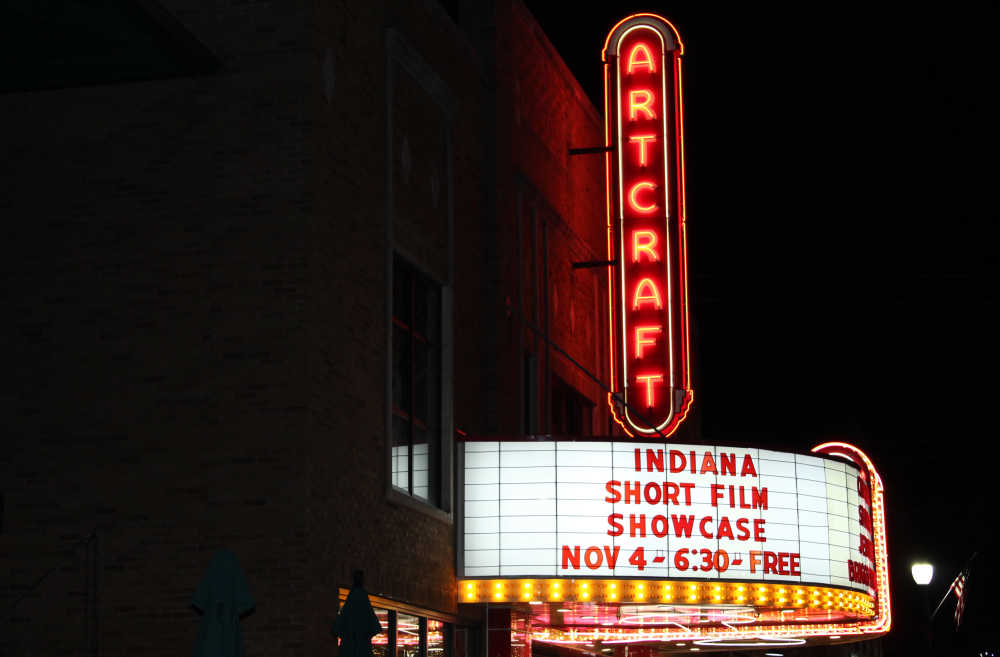 Joe Buser and his Roachdale-based filming company FILM 765 hosted the Indiana Short Film Showcase at the Artcraft Theatre in Franklin. This was an invitation I couldn't not accept.

Before I get into the crux of this week's blog, I think it is appropriate to at least acknowledge Tuesday's municipal elections which happened here in Putnam County.

There are takes which I could provide on a few individuals voted in and out, and you could either agree or disagree. I think it was an interesting cycle all around, with a few surprises to some and maybe some relief to others. The best part perhaps, though, is that they are done, and I don't want to distract from what I really want to talk about.

For me, this year's elections were not the most compelling thing I've covered on my end this week. It was a trip I made last Monday evening over to beautiful Franklin.

I was invited by local film aficionado Joe Buser to a showcase which featured the three short films shot during the Indiana Film Race last year, as well as two others. While it was a treat to watch them again in the historic Artcraft Theatre, I went principally for the Banner Graphic to find out more about what could be in store for the competition.

One of the great things about the Indiana Film Race is that it highlights the places, as well as the people, we may take for granted in our everyday lives. I often drive by the McKim Observatory without really thinking about it as the interesting historical location it is. The Film Race shows us what we might be missing in our own back yard.

The Indiana Film Race also engenders huge economic potential for small communities like Greencastle. Joe wanted to inspire investment in Indiana as a filming destination, and to promote tourism and businesses at the micro-level. What is amazing to me is that the Film Race now has a proof of concept - one which I believe can, and will, go national. However, Joe still remains committed to the local scene, and rightfully so.

I will write up a full narrative of the evening soon for an upcoming edition of the Banner Graphic, and as such don't want to overbear this post with too many details.

However, I proved Monday night that I am willing to travel out of my "jurisdiction" to get a good story. I also believe that my being there to support Joe, as well as hosts T.J. Karam and Landon Smith, connotes the appreciation they have for how I have wanted to highlight the Indiana Film Race, and to try and do justice to this wonderful vision. 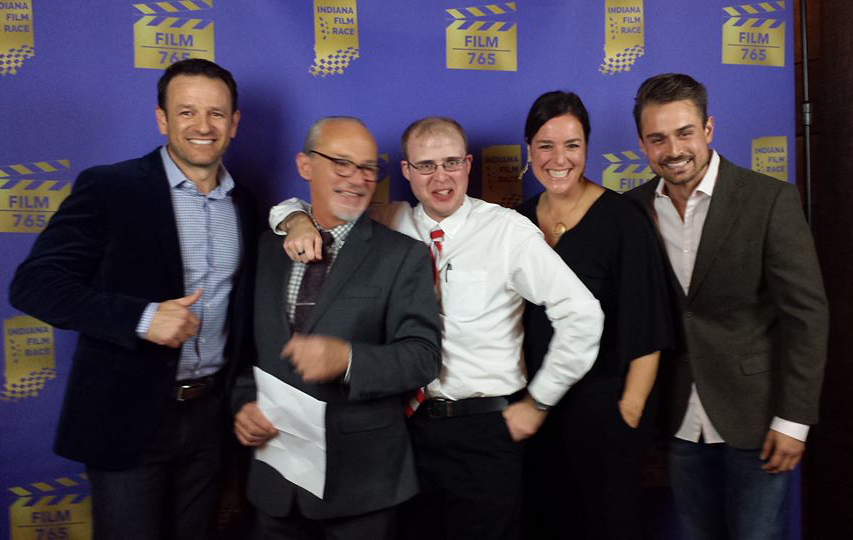 As such, I want to give a shout-out to Joe, as well as Landon and T.J., for inviting me into their company again at the showcase. I also want to thank Joe specifically for supporting my coverage of the Indiana Film Race since this first interview in August of last year. It has been a great thing for Putnam County, and I look forward to covering the action in 2020. This is the kind of story a small-town reporter like me dreams of.

As Smith said during a well-deserved break he and T.J. took from following the film teams at last year's Rib & Blues Fest: "You can't not have fun with what we're doing."