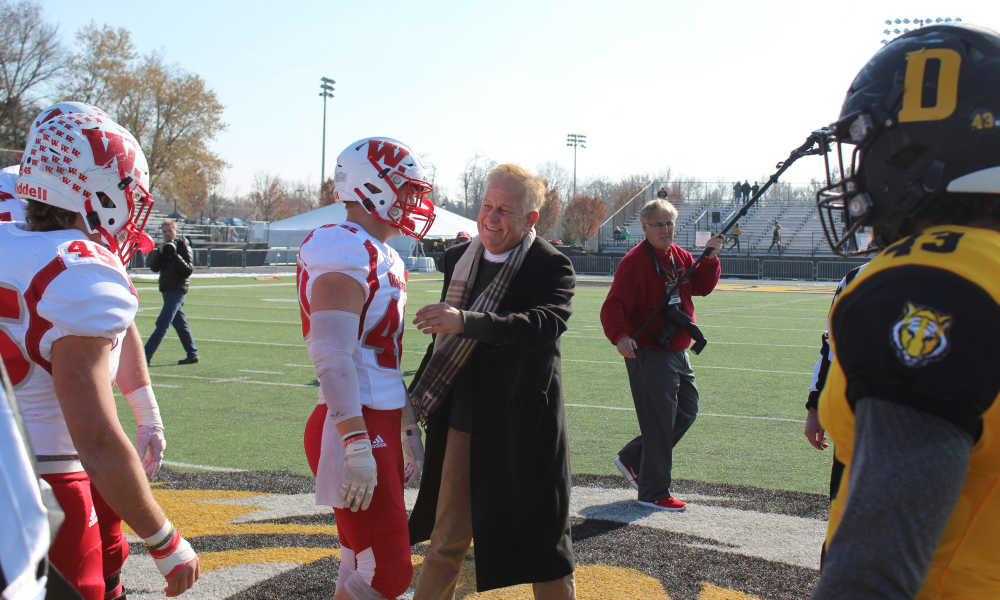 As a recent Wabash College graduate, a Greencastle native and a local journalist who regularly covers the "home team," The Monon Bell Classic puts me right in the middle of the oftentimes intense rivalry between my alma mater and DePauw University.

There was a point in time when I would've said I "defected" to Wabash. I came into my Freshman Saturday pretty aware of the significance the Monon Bell holds. It became more apparent as time went on that a lot of bad blood has coagulated between the two.

Some students and alumni may argue that this is what has lent the rivalry its passion and emotion. The mudslinging, as well as plots such as "Operation Frijoles," are unique characteristics which have been embedded into the lore. The heckles which have been lobbed from both campuses have been both creative or rather uncouth.

While I will always be in the Wabash stands, as a community member I encourage DePauw's outreach. You can have passion for your team without the blatant slanders running ahead of it. As a long-standing affair between two top liberal arts institutions, a mutual sense of respect and enthusiasm is essential for the rivalry to be constructive.

Ken Owen, a 1982 DePauw graduate and current special adviser to President Mark McCoy, had a special day on Saturday. He was able to see the Tigers win back the Monon Bell from the Little Giants after an interesting game on his home turf. This year's contest was also the last Bell game he will be a part of in an administrative role.

Take this how you will, but DePauw's victory may almost seem to be a result of fate. However, I see it more as an appropriate send-off for someone who has given of himself and his talents greatly to his alma mater, and to this community by extension.

Ken has been good to us here at the Banner Graphic when it comes to sharing information. He has always made sure we have been in the loop on the Ubben Lecture Series, as well as more "featurey" happenings. As a former news anchor and noted journalist in his own right, he gets what we strive to do as a small-town newspaper.

"Mr. DePauw" has shown himself to be a class act in this professional sense, as well as in his approach to promoting DePauw and the rivalry. He is responsible for sifting through the archives and producing the Monon Memories, as well as coordinating the Ubben Lectures - which I don't think would be what they've become without him.

As someone who is still relatively new to journalism, I have yet to truly connect with Ken both inside and outside that professional level. I hope that this develops more in the near future as he ultimately steps away from his capacities at DePauw University.

There was still a reason I clapped for him before he performed the coin toss to start Saturday's game - which, regardless of the controversy, saw a rather fitting end.