Commencement redux: Ones to remember 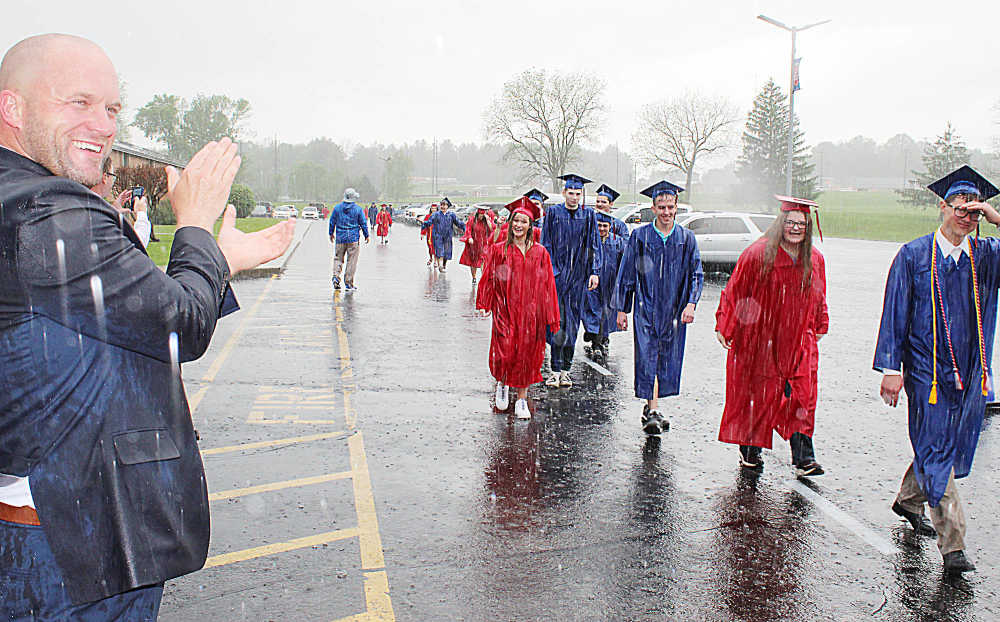 To try and put it objectively here at the outset, South Putnam High School's commencement for its graduating class last Saturday was an unprecedented one.

The class of 2020 was the first class in the school's history to effectively have their graduation outside. It was also the first class to turn their tassels while soaking wet.

When the event started was contingent on dodging pop-up showers that were moving through. I was too stubborn to wear a jacket, as if a 40-percent chance was nothing. Regardless, I knew the "money shot" would come with the graduates parading toward their seats from Central Elementary School. But I, we, got more than was anticipated.

The first of three heavy downpours began as vehicles were still being parked along the parade route. After electrical to the podium was secured, I paced to the SPHS entrance with both Superintendent Bruce Bernhardt and Principal Levi Yowell to wait it out.

The second downpour came at about 1:30 p.m., the time when the procession was to begin. Everything was put away again, and we waited until 1:50. It then seemed we were in the clear. But as the seniors came down the parking lot, it began to pour again.

Levi didn't care. I was behind him as he cheered and clapped, elbow-bumping some of the seniors as they passed by. "What are you gonna do?" Bruce said with a smile. 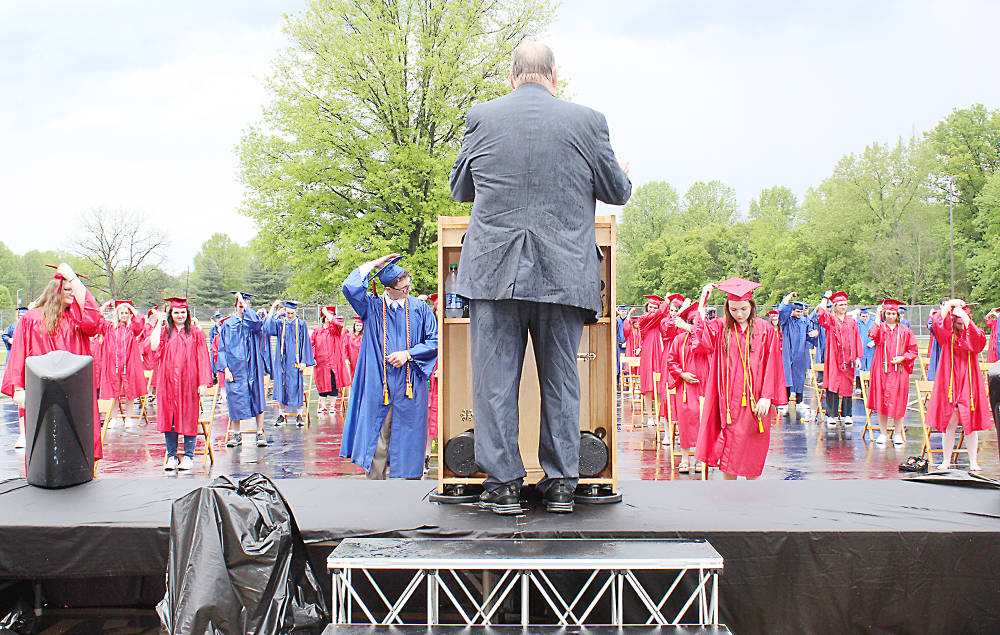 Ironically, the sun eked out a little as the class was pronounced graduates of South Putnam High School. The moments I captured would've never happened at a normal graduation. They are perhaps symbolic of the unusual time we're still going through.

North Putnam had a drive-in/block party later on. The attraction was a viewing of the seniors' stage walks and speeches by the top four in the class, which were taped two weeks earlier. It was ultimately about bringing the community together in a safe way. 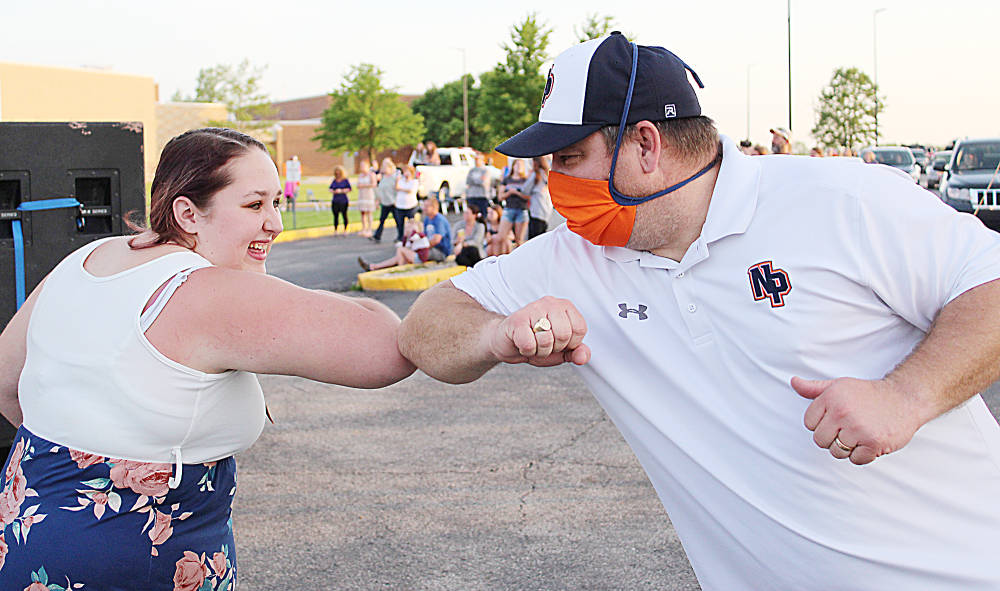 The North Putnam community showed out to support their 2020 graduates. Principal Jason Chew said this was for them; a way to show appreciation for their resiliency in spite of interruptions caused by the pandemic. It was also meant to be good, clean fun.

Both events underscored what I know. They all tried to give their class of 2020 the most memorable send-off possible. I'll lend credence to the passion of principals like Levi and Jason and the teachers they lead. I see how they all care about their students.

I've had many opportunities to mingle and connect with administrators and teachers at each of the three school corporations I cover. This is a privilege I don't take for granted, because establishing positive relationships is crucial. I am grateful for their unwavering trust in me, and for involving me in sharing their students' successes.

South Putnam's commencement and North Putnam's celebration last weekend were ones to remember, and I'm glad their classes of 2020 could finally say a fond farewell.

I'm even more glad that I was able to be a part of it. Commencement is a part of a worthwhile COVID-19 story about the dedication of educators in the face of adversity.