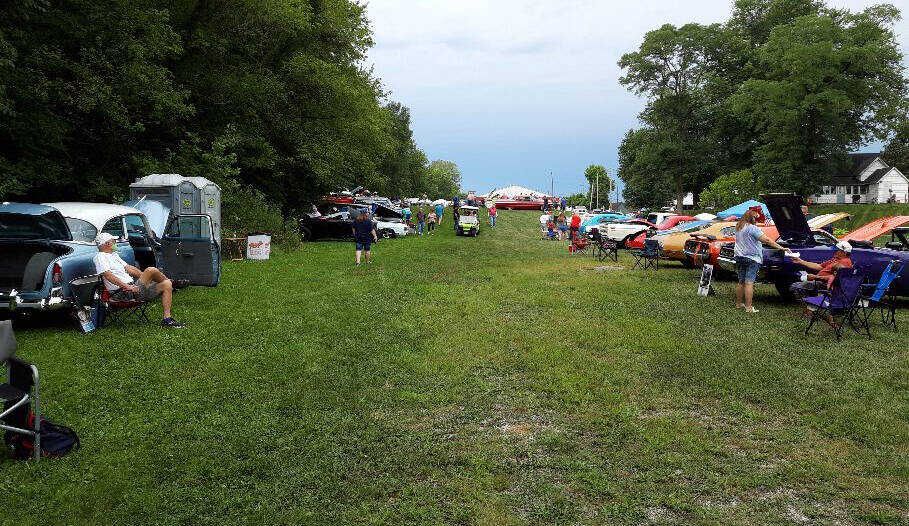 Last Sunday's show at North Salem had about 70 cars and trucks come out despite the rain.

It was pretty much a last-minute decision to take the Beetle to a car show last Sunday.

But when I found out that one would be held within a short distance from home, I didn't see what I had to lose. We are now into September. The ones I look forward to have been canceled, and others have been too far to justify going with COVID-19.

As I set out to the small town of North Salem (which is just inside the Hendricks-Putnam county line), the horizon to the north looked dark and shady. I convinced myself that this cloud was over Crawfordsville, and would not move south toward us.

The half-hour cruise taking me through Roachdale and the small hamlet of Barnard, I was surprised that the car show was not being held in North Salem's downtown. Rather, it was held on a side hill on the edge of it. I was late, because the majority was already there. The veterans will get there first -- especially if there is shade involved.

In a normal year, this show is the endcap to the town's long-running Old Fashion Days Festival. it is a great event sponsored by the folks at North Salem Christian Church. The last time I went was two years ago, but they received me like a regular. This time, I met a mix of both my usual show acquaintances as well as people I didn't know. 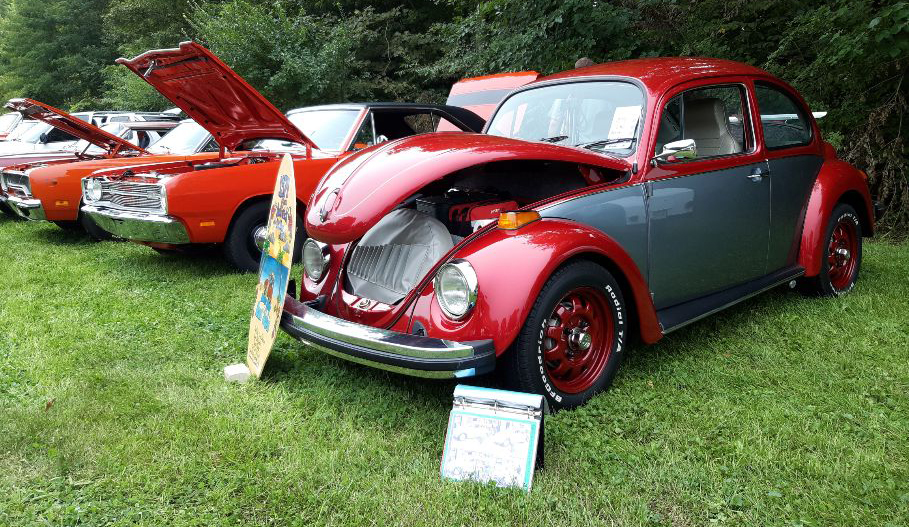 Once I registered and began wiping it down, I think the Beetle murmured to me, "Are we really here? Are you actually cleaning me?" This was the first time in maybe a year I had used Meguiar's detailer. I had forgotten how much of a difference it makes.

To be frank, the rest of the show would not see very much excitement. There were little in the way of spectators because of no Old Fashion Days. I very much like the car shows with a festival attached to them, because you can get away from your car a little and check out the vendors. The caveat here is that you will create your own boredom.

This can be the difference between what the VW man Dick Funk considered "hot" shows -- where people actually walk around and engage with others about their rides -- versus "cold" shows -- where certain cliques will pitch their tent and never get up. I have, more or less, been guilty of the latter in the past. In the end, this is reciprocal.

Of course, being able to do the former is why car shows in general this year have been discouraged. This has been due to concerns about people not being able to physically distance. I will be honest with you: I had second thoughts about going because of this.

However, my idea is that vehicles and people can be spread out; and we should also be smart enough to maintain our bubble and not go around coughing on each other. I will say that the people's and the cars' distancing was not always six feet apart on Sunday. But you know what? Many of them were wearing masks, even though it was outside. 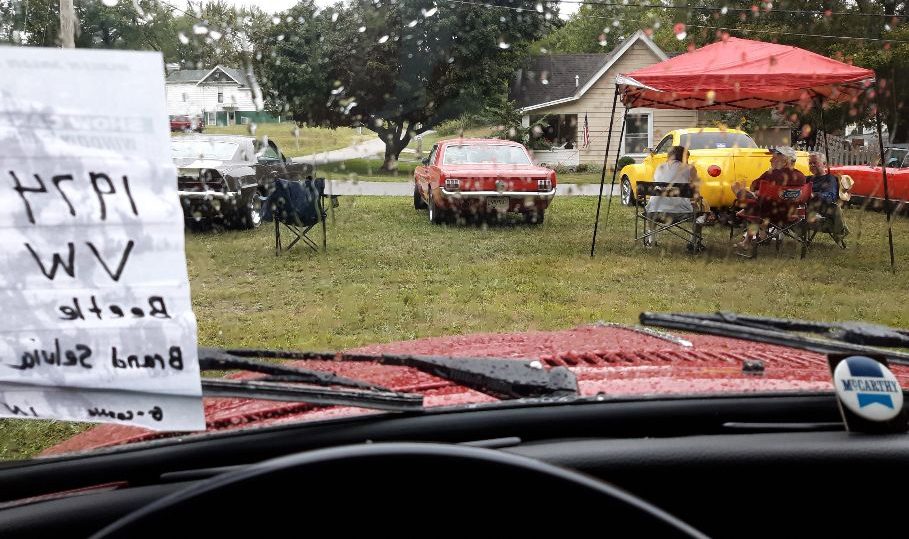 I was about to eat my packed lunch when it started sprinkling. The blue-gray cloud that had been slowly moving southeast came, and I packed my chair, sign and picture book in the back seat. I sat in the Beetle for approximately 40 minutes or so.

Sometimes this is how it goes. It's just frustrating because you have to wait, and then clean off the water spots. Rain at a car show is a downer for everyone involved. But the rain passed through, and I was glad I brought my chamois with me. However, I was unable to finish picking out my favorites with this being a participant-judged show. 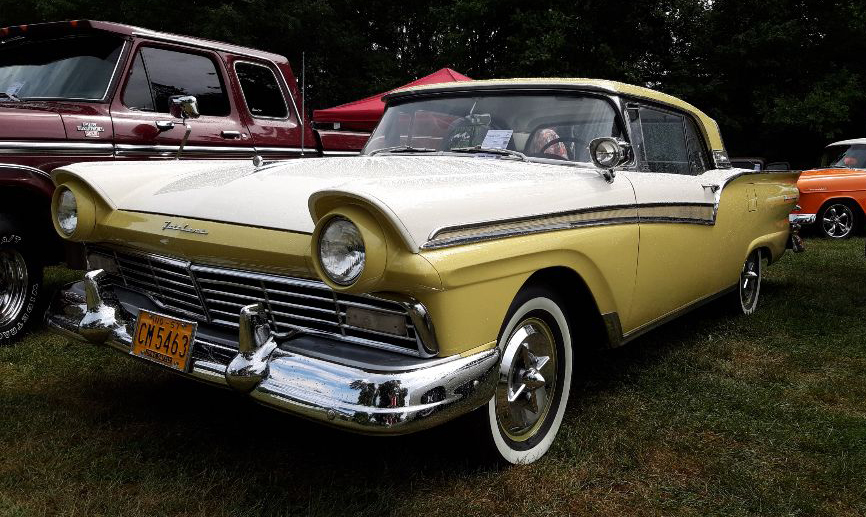 The big winner was a rare 1957 Ford Fairlane 500 Skyliner -- which has a retractable hardtop that made it the only convertible of its type at this time. Not only did it take Best in Show, but was also voted the People's Choice. I had no qualms with this one.

The Beetle went away with nothing ... Well, at least I didn't win an award. I received a few compliments on the paint, as well as some interest in its Autostick transmission. Overall, the people who came out were friendly, and I saw some cars that I did not recognize. This is why I love being in the car show hobby; no two are exactly the same.

Last Sunday's show was not a stand-out one, and I don't think it really was meant to be. The venue was not conducive to attract a large crowd, and that was okay. What it provided was an opportunity for us that has been noticeably absent in recent months.

I commend them for putting it on. Hopefully we will have more before the snow falls.