Going from 'meh' to meaning 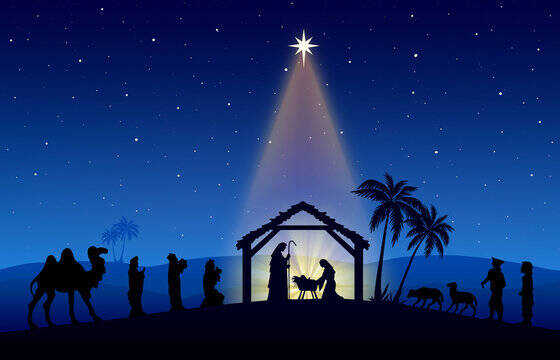 Each December, the religion and music departments at Wabash College sponsor a program which is an important event for me -- one which I always look forward to.

Called the Christmas Festival of Music & Readings, it is modeled after a century-old program at Cambridge University in England. Verses from the Bible telling of the birth of Jesus Christ are mixed throughout with carols, hymns and other seasonal songs.

I am what would be considered an open agnostic. While I do believe that the actual existence of God or another deity cannot be conclusively determined, I won't reject the possibility out of hand. Rather than religious, I am more interested in this prospect.

I have attended the Festival each year since I was a freshman. It is a rare time when I will try to actively identify what Christmas and the holiday season means to people.

The occasion to me is not about being seen, but about connecting with the community that comes together. This may have a religious or a personal significance for someone.

It has felt awkward not returning to campus for the Festival this year. This is a great tradition at Wabash, and it is always wonderful seeing former professors and staff. This interaction is what I have missed most about being able to "drop by" for a visit. Alas, this is one more disappointment as we close a year that has been full of them.

I speak for myself here, but it seems like we've only been continuing to live through with a Santa sighting here and some cookie making there. Perhaps this is reassuring for many of us. What I have sensed, though, is a sort of dispiriting feeling of "Meh."

How -- where -- can we find any meaning in this time, whether or not it is religious?

COVID-19 has been the Grinch of 2020. This puts a recognizable character to all the frustrations we've each experienced. You know the story, though: The Grinch turns around in the end. We might be more reflective than sentimental with this metaphor.

The lyrics and the music for "Do You Hear What I Hear?" were composed by then-husband-wife duo Noël Regney and Gloria Shayne in October 1962. War felt imminent as the U.S. and the Soviet Union stared each other down in the Cuban Missile Crisis.

What is maybe my favorite Christmas tune -- except "Little Saint Nick" by the Beach Boys -- is Bing Crosby's hit version of this song, which was released in October 1963.

At least according to the Bible, the song loosely recounts the story of the Nativity. It is important to note here that the Christ Child and the king who proclaims a prayer for peace are not explicitly referred to. This one king does not have to be Herod the Great.

I think that this relative ambiguity was intended. Though it became one of the most commercial Christmas songs and has sold millions of records, it reflects what Regney and Shayne wanted as a universal message of hope in a time of confusion and dread.

Regney stated that he was inspired to write the lyrics "Said the night wind to the little lamb/Do you see what I see?" and "Pray for peace, people everywhere" after seeing babies being pushed in strollers. Maybe we should think about this a little bit deeper.