The Circle of Life moves us all 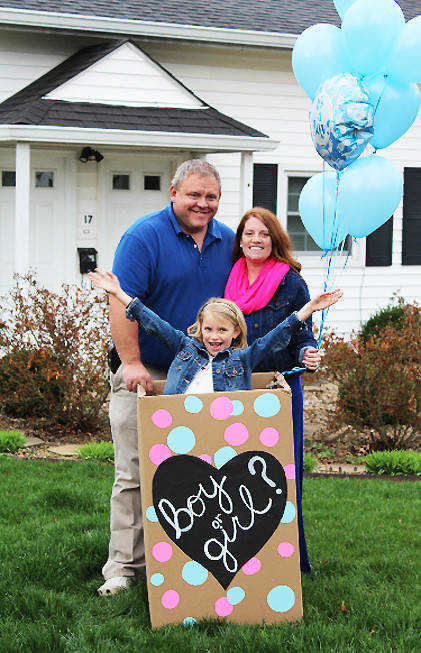 "It's the Circle of Life

And it moves us all

Through despair and hope

Through faith and love."

Yes, life throws you some real curveballs sometimes, not to mention the occasional change-up, slider and knuckleball. None more sweeping than the recent plunge into the Circle of Life I experienced.

Curiously, in a not-so-Benjamin-Button kind of way last Saturday, I experienced the Circle of Life in reverse -- from the somber nature of a Celebration of Life/memorial service to the joy of a "reveal ceremony" in which I learned the gender of my second grandchild (could I really be old enough to have grandchildren?).

This all evolved coincidentally enough just as I had pledged my unflinching support to my dearest, dearest friend Cammie who had just lost her ex-husband and the father of her grown children. Never could I have lived with myself if I'd failed to attend the celebration service that brought together friends and relatives and co-workers of Mike Goldman. It was scheduled for 3 p.m. Saturday over in Danville. I would be there, no ifs ands or buts about it.

But no sooner had I made that adamant commitment then my youngest daughter Nicole, who announced last month that she would be having a second child -- aka Grandchild No. 2 -- explained that she was having something called a "reveal party" at her home in North Vernon (which is south, by the way). It would begin about 5:30 or 6 p.m. Saturday down in Jennings County. That's at least a two-hour, 15-minute drive from here, incidentally.

Although I was quite unsure exactly what was going to be revealed by whom, I nonetheless vociferously assured that I would not miss it for the world either.

So there I was, double-booked, poised to experience the Circle of Life in reverse, compounded by the temptation of the Indiana-Kentucky NCAA basketball game thrown in for good measure (tipoff was 5:15 p.m., by the way).

At Danville, I shared conversations with those I knew, stopping to commiserate with friend Jeff, who ironically had lost his mother that very week We chatted (I let him talk) and I assured him the hurt eventually fades but there will still always be times where you reach for the phone to share something you can only share with your mother.

And Saturday was one of those days for me.

Oh, would I have loved to have shared Saturday's good news with her ...

Of course, when I was becoming a father with my two girls, we had to wait for the little wigglers to squirm their way into the world before we knew whether it was a boy or a girl. Now there are scans and photos and tests and tarot card readings ... OK, I made that last one up.

Heck, I was shocked that the pulled pork and chicken barbecue weren't color-coded pink and blue for lunch.

But little did I realize until then that daughter Nicole and husband Joe didn't not know the sex of their new offspring any more than we did.

That much was driven home when big Joe suggested that when he opened the box, "I'll either have a fishing buddy or I'll really be in the minority."

You see, Nicole's best friend had obtained a sealed envelope with the gender details from the nurse. Basically, she stowed it in a hermetically sealed mayonnaise jar on Funk and Wagnall's front porch until Saturday while she created all the pomp and circumstance that ultimately revealed there will be another boy in the Bernsee tribe after quite a dry spell.

You see, since my dad was born in 1919, there have been only me and my nephew, Scott Bush, out in California. So just three males in the extended family in almost 100 years. That's about as bad a century as the Chicago Cubs.

But that's what happens when your parents are both only children and you have just one sibling.

So ironically, as Indiana was beating Kentucky in the NCAA tourney for the first time since 1973 (remember 1975? Ugh!), we were learning there would be a boy on the Bernsee side of the bracket for the first times in eons.

My grandson (I'm thinking we need to call him Yogi with the timing of the IU victory) is scheduled to be joining our family about Labor Day. Oddly that's the birthdate (both Sept. 5 and Labor Day) of both my ex-wife and her niece.

Geez, you just can't make this stuff up.

Nope, not even in the Circle of Life.