Friday Jam: Ever Fallen In Love (With Someone You Shouldn't've) - The Buzzcocks 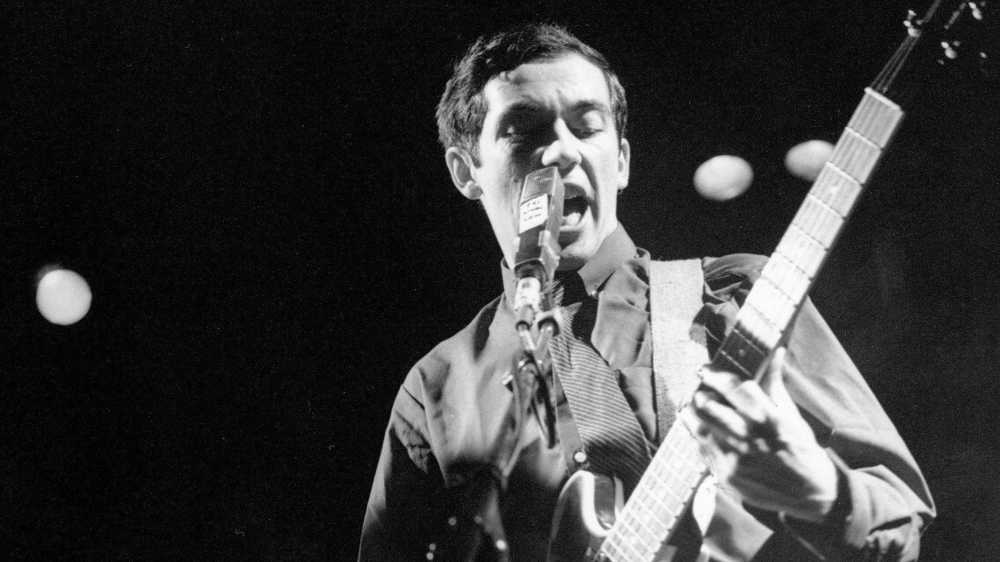 Most of you don’t know the name Pete Shelley. Unless you’re well acquainted with punk rock or the British music scene of a certain era, that actually makes sense.

Shelley, who died yesterday at age 63, was the lead singer, lead guitarist and chief songwriter of the Buzzcocks, a band that was commercially successful in its time, but that’s criminally under-appreciated when compared to contemporaries like the Sex Pistols, The Clash or The Jam.

Behind The Clash and Elvis Costello and the Attractions, the Buzzcocks are probably my third-favorite act to come out of that late ‘70s British punk/new wave/post punk/whatever-you-want-to-call-it music scene.

Inspired by the Pistols, the Buzzcocks formed in 1976, only they didn’t do the political music that brought notoriety to other bands of that movement.

Instead, the Buzzcocks took the energy of punk rock and applied it to making great pop songs. Applying some of the oldest tropes in the genre, Shelley was a master of three-minute teen angsty pop songs. They perfectly capture the alternatively tragic and hilarious emotions of adolescence — which makes it ironic that I discovered this band when I was in my early 20s.

It was in 2003, the summer after I graduate college, that my buddy Doobie and I went to see Pearl Jam and their opener was an old British punk band I’d never heard of.

Doobie, who was always more in the know on such things than I was, prepped me a little bit on the way, but I didn’t really care about the opener.

Until they came on. It was a high-energy set for a bunch of “old” guys in their 40s. (He says ironically on the eve of his own 38th birthday.)

I didn’t know the songs, obviously, but I was struck by how there was no BS on stage. As the guitars were fading from one song, they would count off “ONE-TWO-THREE-FOUR!” and plow into the next one. It was one long 45-minute medley and it was great — great enough that I went out and bought their album “Singles Going Steady” that week and it’s been in and out of my rotation for the 15 years since.

Now, I would love to introduce you to two of my favorite Buzzcocks songs, which happen to be about a certain adolescent subject. But this is a family website. I’ll just say that if you have a certain sense of humor and you aren’t easily offended, you can click here or here.

Instead, I’ll give you “Ever Fallen In Love (With Someone You Shouldn’t’ve).”

First of all, it was their biggest hit, featuring that tried-and-true pop songwriting subject — unrequited love.

Secondly, I love the double contraction in the title.

Mostly, though, this is just a really good song, from the moment the two-guitar attack of Shelley and Steve Diggle hits your eardrums. Between the guitars, the drumming of John Maher (some sweet drum fills in this one) and Steve Garvey holding down the low end, this one features some excellent musicianship.

It’s songs like this that should dispel the myth that punk rockers couldn’t play their instruments. (We can blame the aforementioned Sex Pistols for that one, as they stand as an example of an important band that wasn’t necessarily a good band.)

The mixing of major and minor chords makes me conflicted about how I should feel during this one and I like that.

Enough from me, though, listen to the song. (I'm sure they're lip syncing, as the audio is identical to the studio version, but I don't really care.)

They haven’t yet said how Pete Shelley died, but 63 is too young. I'm just glad that his music has been a part of my life and that the guys in a band as big as Pearl Jam have done such a good job of introducing their fans to their heroes.

Rest in peace, Pete. Thanks for the memories.