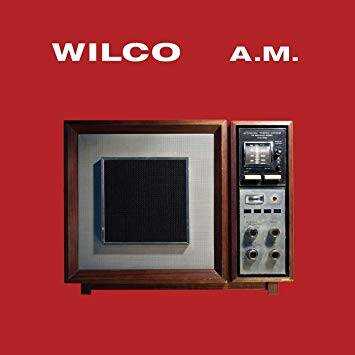 In my experience, Christmas morning as a dad leaves little reason for excitement -- at least not for myself.

Sure, I'm excited to see how the new Lego set will work out for Miles or how the new dolly might light up Hannah's eyes. But for me? There's not much in it besides several sensible gifts -- a new dress shirt, some dress pants and underwear, socks and undershirts to replace the ones I got in the year before.

Not quite so exciting as "hop-along boots and a pistol that shoots" or even some measly "dolls that will talk and will go for a walk."

My wife is pretty good, though, about getting me at least one thing that will make my eyes light up. This year, that was Wilco frontman Jeff Tweedy's new memoir "Let's Go (So We Can Get Back)."

Few bands have meant more to me in my adult life than Wilco. From their alt-country roots to their challenging and critically-acclaimed middle phase to the comfortable in our own skins more recent work, I love most of it and respect it all.

There's always something special for me about their first album, though. "AM" is not Wilco's best album. Probably not top five. (From a band with 10 studio albums, no less.)

But it was my first Wilco album. You see, I came to them via an alt-country obsession in my post-college years. I loved Uncle Tupelo, the pioneering band Tweedy, Jay Farrar and Mike Heidorn, at that point in my life. Hell, I still love those tunes.

Never mind that I came to them a good 10 years after they broke up. And so, "AM" was the most logical place for me to start, even if critical darlings like "Yankee Hotel Foxtrot" and "A Ghost Is Born" had already been released.

This album was recorded when Tweedy was about 26 years old and it reflects a lot of the way I felt when I was in my mid-20s. I had a lot to say but I wasn't sure what any of it meant. I was a little angry, a little frustrated and a whole lot confused.

Tweedy's songwriting (along with that of Ryan Adams in his Whiskeytown days and Replacements-era Paul Westerberg) made up the soundtrack of my mid-20s. It was an outlet that wasn't nearly so juvenile as the hard rock and gangsta rap I preferred in my teen years.

So here is "Box Full of Letters," one of the best examples of a good album that kicked off a great career. I'm sure I'll be revisiting all 10 of them as I make my way through the pages of Tweedy's life.