Wednesday Jam: Just standing up there to give it all his might 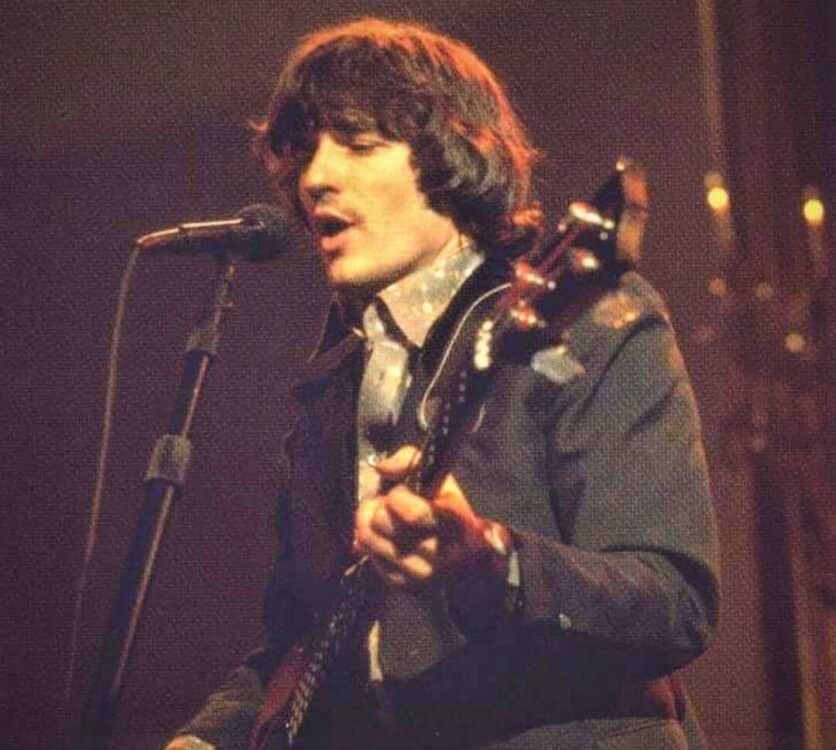 Rick Danko of The Band

In honor of this great holiday, I'll be watching my favorite Thanksgiving movie (and perhaps favorite movie, period), "The Last Waltz."

It's really not all that Thanksgiving-y except that The Band played its farewell concert on Thanksgiving in 1976, and this wonderful film documents that concert.

And also, I sure am thankful this movement to one of my favorite bands exists.

It's hard to choose just one song from this concert, but of the songs The Band plays without any special guests, the two sung by Rick Danko are probably my favorite performances.

I honestly might like "It Makes No Difference" even better as a song, but I give "Stagefright" not for musical reasons, but for a matter of cinematography.

When you're watching the video, pay special attention at the 50-second mark, just when Danko is delivering the following lines:

See the man with the stagefright
Just standing up there to give it all his might.

Scorsese chooses that moment to shoot from behind Danko, with the musician slightly off center. All you can see is the spotlight and Danko's profile. Everything else is darkness. He looks so alone in a room that was, by all accounts, filled to its 5,400-seat capacity.

I watched another documentary on The Band recently, "Once Were Brothers," and in it, Scorsese talks about how they chose not to show crowd shots in this film, those had been done before. It's just about the band.

In this song, despite some nice shots of Garth Hudson (and his glorious combover), Richard Manuel and Robbie Robertson, it seems like it's just about Danko.

And it's beautifully done.

So, enjoy your turkey and stuffing and everything else tomorrow brings. Watch some football. Watch "Planes, Trains and Automobiles."

But take some time to watch this absolute classic. If you love rock 'n' roll in the 1960s and '70s, you won't regret it. If you subscribe to Hulu, it's right there waiting for you.

Have a good holiday, people.