THURSDAY JAM: On the backroads by the rivers of my memory 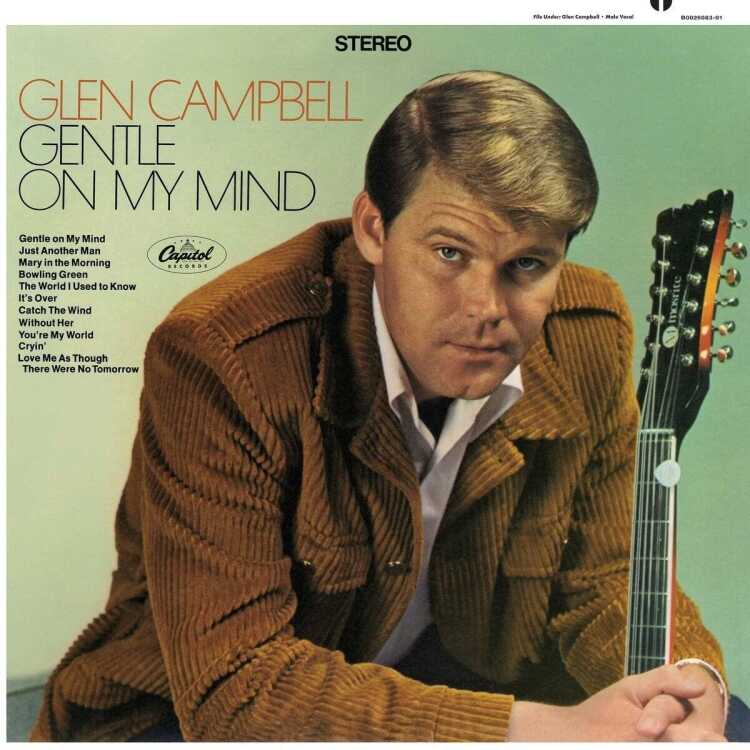 It's Thanksgiving, and I can't go home.

This isn't exactly a new realization. My parents haven't lived in that old house on Fall Street for more than a decade now. And Grandma and Grandpa's house back that long lane in Pike Township? I don't know if it's even there anymore. I know they aren't.

So what exactly "home" means these days is debatable. I know I've been at my house on Greencastle's east side all day, with my beautiful wife and the two kids we've made. It's all of them – along with the family members who shared this special day with us – that make this place my home now.

I am blessed. Don't let the somber tone of this post make you think otherwise.

But there's more to this home thing. I woke up this morning with a song in my head that brought a smile to my lips, a tap to my toe and a tear to my eye – Glen Campbell's 1967 version of the John Hartford-penned "Gentle on My Mind."

There's just something about this song that feels like home, whatever that means. It's somewhat ironic in that it's told from the perspective of a man who doesn't seem to have a home. Instead, he seems to wander the country (as a hobo?) but knows that he has a place to stay whenever he returns to this particular woman's place.

Is she a forgiving wife who is understanding of his wanderlust? Is it just an on-again-off-again romance not defined by marriage – one that he can simply pick back up whenever he returns to town and unrolls that sleeping bag stashed behind her couch?

Who really knows? Hartford never exactly revealed the answer (if he even knew) other than saying he was inspired to write it by "Dr. Zhivago" and admitting that the woman in the song bore some similarities both to his wife at the time as well as the film's female protagonist.

But none of that really matters to for my purposes. There's just something in this song – the melody, the vocal delivery and that driving banjo – that just puts me at ease. There's also the stream-of-consciousness style of the whole affair. It feels as if we're just hearing a three-minute snippet of observations that could go on for hours or even days. I relax when I hear it, let my guard down the way you would at Mom and Dad's house on Thanksgiving.

I suppose that it doesn't hurt that Mom was a big Glen Campbell fan or that Dad was going downhill with dementia over roughly the same period as the music icon — Campbell died following a decline from Alzheimer's in August 2017, while Dad died in February 2018 having struggled with an unnamed form of dementia.

So there are also those connections anytime I listen to any Campbell song.

That's why, while many of the lyrics don't apply to my parents or how I feel about them in life or in death, when I hear the words "you're moving on the backroads by the rivers of my memory, and for hours you're just gentle on my mind," I can't help but break into a melancholy smile. Because that's where Mom and Dad live for me now. And that's OK because songs like this can put me there with them for a little while.

Among the many things I have to be grateful for this Thanksgiving, the healing power of music is high on the list. It's the connections it helps you make and the feelings it makes you feel – even when you'd rather not.

God bless you all. Count your blessings and hug the ones you love.