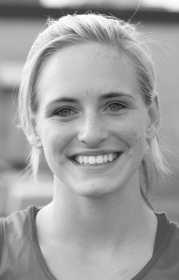 South Putnam boys' and girls' swim team will attack the pool with good numbers and an equally good work ethic in the '07-'08 campaign.

"We have a good group of girls that are about the same speed, so they really push each other in practice. We have 13 girls in the water and two divers. It's a good-sized team and I've been happy with their work," Eagle head coach Joe Condon said.

The majority of the Eagles' squad is comprised mainly of freshmen, so the season could be looked on as a building season, but Condon is impressed with the quality of his team.

"I think overall we're a little smaller but I think our quality is a little better," Condon commented. "From top to bottom, we're a little bit faster. We have a really young team and they've done real well. I think we're going to rely a lot on the underclassmen and they've already shown that they can go pretty good."

Johnston will be leading the Eagles on the board once again this season and Condon acknowledged his ace diver looked back to end season form already. When asked to elaborate, Condon replied -- really well.

"We got some more help in diving. We got a girl that's helping us that was a diver at Lebanon and Shelby is already looking as good as she did at the end of the year last year," Condon said.

Numbers are on Condon's side as he sends 22 boys into the water.

"We have 22 boys swimming and again it's a really strong team. Our junior class, I would say, is probably our strongest. We have two seniors swimming this year -- Cory Russell and Adam Davies. We have good leadership," Condon said.

The boys' team will also look to its youth to provide a push throughout the season.

"We have some kids that are just starting to swim, so they're in the process of learning, but the core of our team is our sophomores and juniors and I think we're going to be as good as we were last year," Condon said.

Condon thinks solid performances are in the Eagles' future and believes those performances could be an early Christmas present.

"I don't think we're going to see any great performances I don't think until the second week of December. But I think we're starting well. They've already shown me they can work. We've already gone through two or three really hard practices," Condon concluded.