Going out west! Tigers hit the road to face Colorado and Austin 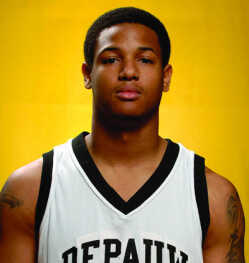 Coming off a disappointing loss to Birmingham-Southern this past Sunday, the DePauw men's basketball team will be heading out west for a showdown with Colorado College at 8 p.m. Friday and then head south to face the Roos of Austin College at 2 p.m. Sunday.

Despite having four players averaging in double figures, Colorado College is 0-13 on the season and will undoubtedly hope to catch the Tigers off balance for its first win.

In their last contest, the Colorado College Tigers dropped a heated contest with Hendrix College, 103-97 in double overtime.

Nate Brodman leads Colorado with 15.2 points a game with Lance Jacobs following with 13.8. Kyle Keefe and Nick Rose are both averaging 10-plus a game. 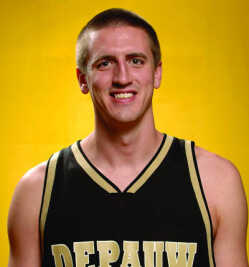 Brady Ohlsen his hauling in eight rebounds a contest, including a notable 39 on the offensive glass.

Colorado is scoring 62 points a game while hauling in 30 boards per. They are currently averaging 10 points less than their counterparts.

Austin College awaits the Tigers in Texas and DPU will look to duplicate its domination of the Roos from last season. DePauw downed Austin 70-51 in their last meeting with current starter Stephen Schott scoring 13 and grabbing six rebounds.

Austin isn't faring much better on the season than Colorado, notching just four wins in 14 attempts. They are currently riding a three-game losing streak, with their most recent coming at the hands of LeTurneau University, 58-53.

Six-foot-three-inch guard Kola Alade will unquestionably be a focus for the Tigers as he is averaging 17 points a game. He's also been the Roos main assist-man, collecting 36 on the season. Chris Sturtevant also provides quality minutes for Austin, putting up 13 points and seven rebounds per contest. Rounding out Austin's three-pronged attack will be Terrence Teague. He is contributing 12 points a game.

It's been a seesaw ride for DePauw over the course of its last four games and head coach Bill Fenlon and crew will be looking to improve their fortunes on their road trip.

The trio of Mike Moore, Brian Oilar and Schott are contributing 43 of DPU's 72 points per game. Moore averages 15, while Oilar adds 14 and Schott nets 13.

The bench continues to be an advantage for the Tigers as Steve Lemasters is providing starter-like minutes and composure not typical in a freshman. David Grey and Tony James have come off the holiday break revitalized and contributing good minutes for the Tigers.

The Tigers will take on Colorado College at 8 p.m. Friday and travel to Austin College at 2 p.m. Sunday. Both games will be broadcast live on 91.5 WGRE.