Arrests made in Jackson death case

Steve M. Smith, 43, Greencastle, has been charged with dealing in a controlled substance (Oxymorphone) a class B felony. It's alleged that Smith sold his prescription Oxymorphone pills to Hoover. 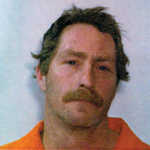 Eric Mahrenholtz, 50, is charged with contributing to the delinquency of minors by providing alcohol, a class A misdemeanor, and maintaining a common nuisance, a class C misdemeanor.

"Every parent, adult and student in Putnam County needs to know that if you give any child prescription drugs or alcohol you will be charged, arrested and prosecuted to the full extent of the law," Bookwalter said.

"The state Police have worked around the clock for the past 30 days to bring about the arrests. Their investigation is still ongoing," Bookwalter said.

"It should always be remembered that criminal charges are only allegations," said Bookwalter in a press release. "Every defendant is presumed innocent until proven guilty in a court of law."

Comments
View 20 comments
Note: The nature of the Internet makes it impractical for our staff to review every comment. Please note that those who post comments on this website may do so using a screen name, which may or may not reflect a website user's actual name. Readers should be careful not to assign comments to real people who may have names similar to screen names. Refrain from obscenity in your comments, and to keep discussions civil, don't say anything in a way your grandmother would be ashamed to read.
Respond to this story