Another candidate throws hat in ring for Eighth District 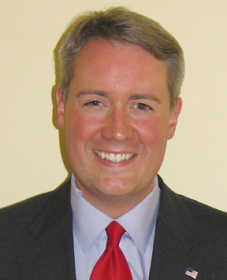 Greg Goode has announced his candidacy for the nominee of the Republican Party for the office of Congress in the 8th District.

Previously he served as a key aide to former U.S Congressmen Ed Pease and Brian Kerns.

Goode has signed a pledge to never raise taxes and seeks to serve on the House Transportation Committee to help communities with their transportation needs and to champion the timely completion of I-69.

He also pledges to protect the middle class from unfair trade agreements that lead to jobs being lost overseas.

Goode is a social and fiscal conservative. He is a supporter of Indiana Right To Life, and is a life member of the Gun Owners of America as well as a member of the National Rifle Association.

He is a deacon of his Church, First Baptist of Terre Haute. He is also a member of the Kiwanis Club and serves on the board of Terre Haute Regional Hospital.

He can be reached for questions or comments at: www.greggoode.com

He and his wife Leslie reside in Terre Haute with their 3-year-old-son Jackson.