Greencastle gets win over South Putnam 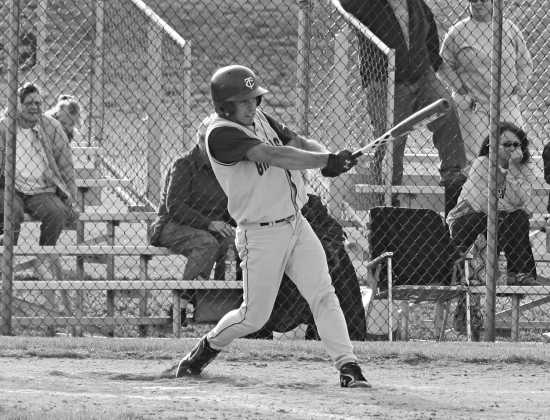 The Greencastle baseball team picked up a win against West Central Conference and county foe South Putnam Tuesday night. The Tiger Cubs won 5-4 over the Eagles.

South Putnam struck first in the game as Cameron Chestnut knocked a double in the top of the first. He would score later in the inning to put the Eagles up early. South Putnam went the next three innings without a score.

Greencastle was quick to respond. Jeremy Hayden scored in the bottom of the first, but it was the second inning where the Tiger Cubs did their damage.

The inning saw the Tiger Cubs collect three hits and score four runs. Justin Bartrum provided some power for GHS as he slammed a double in the inning.

The Eagles were far from done. They scored one run in the fifth and after Nathan Welty and Brayden Freeman scored in the top of the sixth, the game was knotted at four.

Greencastle's Logan Grzesiek reached base on a single, then proceeded to score the winning run in the bottom of the sixth, giving Greencastle their sixth win of the season.

South Putnam had one final opportunity to tie the game but a scoreless seventh sealed their fate.

The Eagles were led by Chestnut's 2-for-4 effort at the plate. He collected one double and one triple on the night.