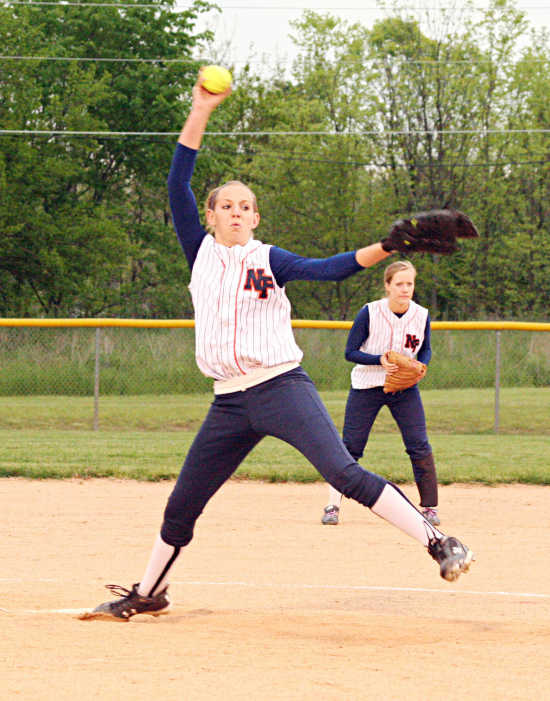 With the bases loaded in the bottom of the 13th inning, South Putnam's Oceaia Boetjer sent a blooper to short center field. After the ball fell just in front of North Putnam's Leah Crosby, Krystal Welch sprinted to home plate, giving the Eagles a 2-1 win and sending them to the Tri-West Sectional final tonight against Speedway.

Cougar coach Jim Brothers best put the marathon affair in perspective, in spite of his squad coming up short.

"It was a great game," Brother said. "To sit there as a fan and not be for either team, I think you had to look at it and say, 'What a great softball game to watch.'

"Unfortunately if you're a fan of either North or South, then I think your insides are all ripped apart right now because both teams got out of big jams," he continued.

It was a night of escaping jams. All three runs came after fielding errors, but the defense and pitching also prevented many more runs from crossing the plate.

The Eagles (21-3) left 16 runners stranded on the evening, 11 of those in scoring position.

But it was largely the Cougar (14-10) pitching and defense that prevented the scores. Nice defensive plays from Ashley Doyle, Leah Crosby and Taylor Judy, just to name a few, kept several more Eagle runs from scoring.

The Eagles escaped a few jams of their own, though. With two on in the top of the 12th, Crosby sent a ball to deep center that could have scored both runners. However, Welch made a spectacular running grab to end the threat.

The Eagles got on the board first, when Welch singled to left field to drive in Jessica Thompson in the bottom of the second.

The Cougars answered in the top of the fourth when Doyle tripled to drive in Carlye McGaughey, who had reached on an error.

North's Judy took the loss in spite of a spectacular 16-strikeout night. She allowed two runs on 12 hits and three walks in twelve-and-a-third innings.

The Eagles came to the plate ready to make things happen in the 13th, though.

After their No. 9 hitter grounded out, the top of the order came to the plate, with four straight batters reaching base.

The last of these, Boetjer, made all the difference.

"I'm happy for them," Eagle coach Evonne Canary said of her kids. "They were determined. You could see that and they never gave up. They did a great job coming through. Everybody contributed and it was just a great game."

Across the field, Brothers' Cougars had nothing to be ashamed of, a point he made to them after the game.

"I couldn't be more pleased with our kids," he said. "Both teams made big plays when they had to have them all night long. It came down to the last play and Logan almost got to it in center field.

"It's a shame somebody had to lose that, but unfortunately we came up on the short end," Brothers concluded.

For South, it's now about trying to find a way to refresh before tonight's sectional final.

"We have a new game tomorrow night, so we'll be back again," Canary said.

The Eagles face Speedway at 5 p.m. today at Tri-West. 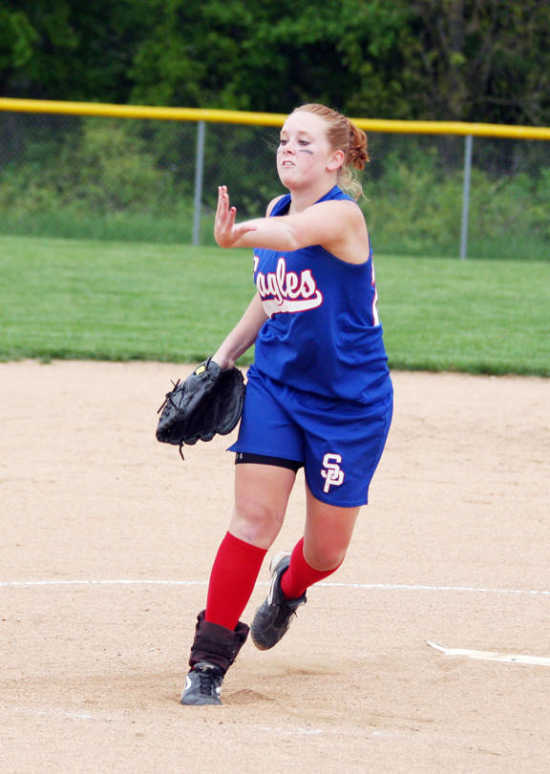