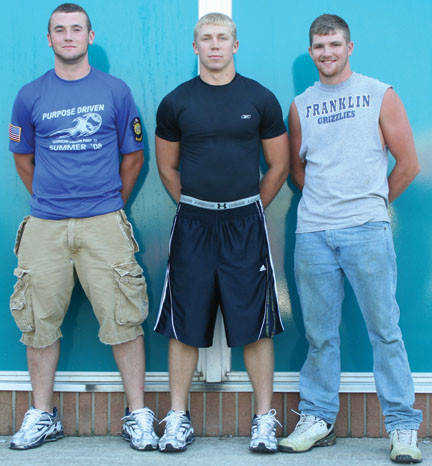 Recent North Putnam graduates (from left) Jordan Berry, Kyle Rooker and J.T. Francies will be playing in an upcoming Indiana East-West All-Star Game at Hartford City. The three Cougars will be playing on a team of class 1A and 2A players at 4 p.m. Saturday, July 26. This is the first year for the event, which features players who were nominated for, but did not make the North-South All-Star squads. North Putnam coach Norm Fish will also be an assistant coach for the squad.