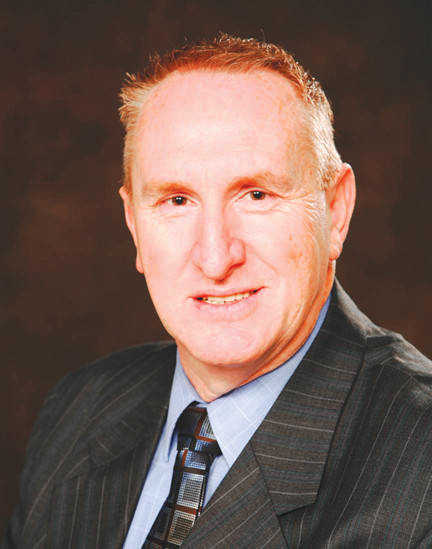 For the first time in its nearly three-decade existence, Dixie Chopper will experience new corporate leadership.

Dixie Chopper founder and its only previous president Art Evans announced the appointment of Gary A. Morgan as president and chief executive officer of Magic Circle Corp., the manufacturer of Dixie Chopper lawn mowers, on Monday.

Morgan is a 55-year-old executive with a wealth of experience in wholesale and retail business.

Morgan's appointment was announced at a company-wide meeting at Dixie Chopper's Fillmore-Coatesville headquarters. His appointment is effective immediately.

Evans will remain chairman of the Magic Circle Board of Directors. Longtime Dixie Chopper executives Jeff Haltom and Wes Evans will be added to the board, joining fellow Putnam County residents John Zeiner and Gary Pershing on the new five-member body.

Selected to help reinvigorate the 28-year-old company, Morgan says he looks forward to continuing the growth of the best mid-mount, zero-turning mower in the industry.

"I have the deepest respect for what Art Evans has created," Morgan said. "As the founder and first president of Dixie Chopper, he has provided a very solid foundation and has positioned Dixie Chopper to grow into the industry leader in market share that the brand deserves.

"One of the factors in my decision to join Dixie Chopper was its corporate values," Morgan continued. "I look forward to working with Art as he leads our research and development and ensures that Dixie Chopper continues to lead the industry in performance, productivity and reliability."

Meanwhile, the 66-year-old Evans will relax a bit and focus his efforts on research and development, an area that has always been near and dear to his heart.

Morgan, in his most recent position, was managing the business of New Holland Ag for North America. He had been employed by Case New Holland (CNH Global, previously Case Corp.) for 11 years in various senior management capacities.

Ironically, Morgan jumped into the business world at the tender age of 14 when he started a lawn-mowing business. A stint with Harley-Davidson Motorcycle Co. and consulting work with various businesses is also included on Morgan's resume. He also has owned and operated a Chevrolet and Oldsmobile dealership.

A native of St. Louis, Morgan is a graduate of the State University of New York in Cobleskill, N.Y., with a degree in accounting. He and his wife Nancy have already relocated to Greencastle from Cobleskill, a rural community in Upstate New York. Married 34 years, the Morgans have three children and three grandchildren.

One of only two remaining family-owned lawn mower manufacturers in the U.S., Dixie Chopper has been building zero-turn mowers for the commercial and residential markets since Evans created the first model on his family's farm outside Fillmore in 1980.

Every one of the more than 100,000 Dixie Choppers in use across the United States and Canada over the past 28 years has been manufactured and assembled in Putnam County.