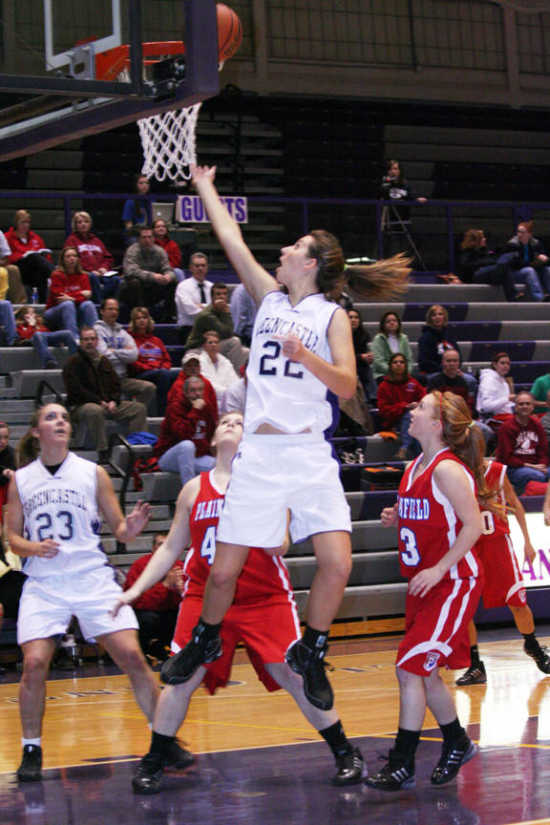 Greencastle's Chelsea Samuels put in two of her 15 points against Plainfield Tuesday night.

It's hard to imagine a team feeling enthusiastic about its future after posting a 20-points loss, but that's precisely the way Greencastle felt Tuesday night. The Tiger Cubs fell to Class 4A ninth-ranked Plainfield 69-49, but made some big strides in doing so.

After allowing the Quakers to jump out to a 15-0 start and fall behind by as many as 16, the Tiger Cubs made a stand in the third and sliced the lead down to nine at the start of the fourth.

GHS kept it a 10-point contest early, but back-to-back bombs from Plainfield's Sarah Janssen and Julia Henson sealed the fate of the Tiger Cubs. For the remaining 3:23 in the game, Greencastle battled, but the Quaker lead was too much to overcome.

"They nailed two three-pointers right there back-to-back that kind of buried us," GHS head coach Glenn Hile said. "The bottom line is that is an excellent ballclub. What I liked about tonight is that we competed and we spotted them 15. What kind of a game would it have been had we not done that?"

The first quarter was one to forget for the Tiger Cubs. Plainfield began the game on a 15-0 run, as Greencastle committed 11 turnovers in the first quarter, allowing easy hoops for Plainfield. GHS got their first points at the 3:06 mark when Chelsea Samuels scored down low. Mallory Miller began a productive night shortly thereafter and helped cut the lead to 12 at 20-8 after one quarter.

The second quarter belonged to Miller. The GHS sophomore scored 12 of Greencastle's 14 points in the quarter and accounted for 17 of their 22 first half points. She finished the night with a team-high 20 points.

They entered the break trailing 37-22.

Greencastle had begun the second half of their season on shaky ground, but showed on Tuesday they had all the heart a winner needs. Despite being down and being outplayed, GHS refused to give into the Class 4A powerhouse and showed the Quakers they would not go quietly into the night.

"We battled and never gave in and that's what I was looking for," Hile commented. "I told them that you can't lose heart, just hang in there and see what happens. Of course Mallory Miller was outstanding and so was Chelsea Samuels. Chelsea played real well, Cassie (Alspaugh) handled the ball well and I got a good bench effort tonight and I haven't had that for a while." 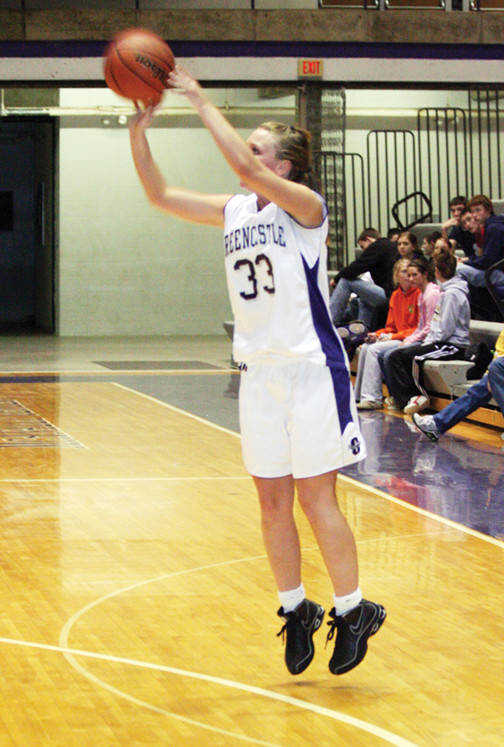 Hile noted that Greencastle received quality minutes from Kelsey Wainman, Kayla Nobles and Tenille Burgeson. Wainman scored three points, while Burgeson added two of her own. Hile acknowledged that the end score was not indicative of how well his team played and it was hard for the coach to hide his pleasure with them after the contest.

"I'm really, really proud of the girls," he said with a satisfied smile

Next up for Greencastle will be the Cadets of Cascade. A far cry from the 13-1 powerhouse they just faced. Hile pointed out that if his team could compete with the Quakers, there could be some good things in store for them when they hit the road Friday.

Next game -- Greencastle will travel to Cascade at 6 p.m. Friday.