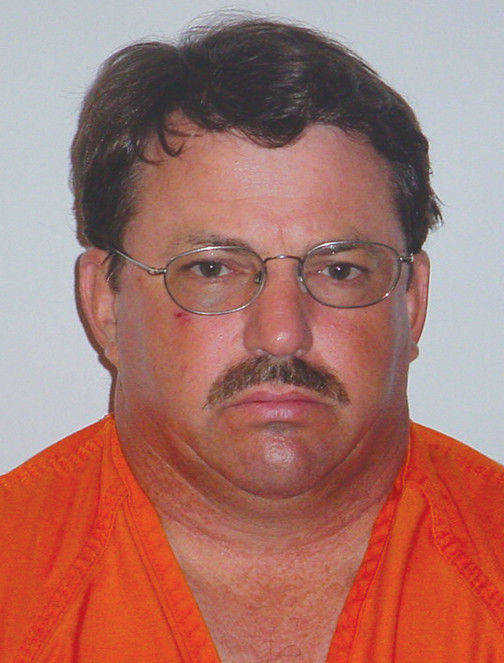 A Greencastle man was handed an eight-year sentence in Putnam County Circuit Court Monday for beating another man and assaulting two women in September 2007.

Judge Matthew Headley ordered that Jay C. Unger, 55, would serve three years in the Indiana Department of Corrections, three years on home detention and one year on probation for striking Unger's brother-in-law, Jack Mace, in the head with a baseball bat. The other year on probation is for two suspended six-month sentences for Unger's assault on his sisters, Gene Ann Judy and Mary Jane Mace.

After a two-day jury trial in December, Unger was found guilty of Class B felony aggravated battery, Class C felony battery by means of a deadly weapon, Class D felony criminal recklessness and two counts of Class B misdemeanor battery.

The charges stem from a Sept. 9, 2007 incident in which Unger, his brother-in-law, Jack Mace, and Unger's son, Jarod Unger, became involved in a physical altercation that ended with Jay Unger striking Mace in the head with a baseball bat.

Mace was injured so severely that he was flown from the scene of the incident via Lifeline helicopter. He sustained a broken jaw, fractured skull and fractured ribs. He has suffered hearing loss and brain damage, court documents said.

Testimony at the trial corroborated court documents that said the altercation took place at the home of Mace and his wife Mary Jane, who is Jay Unger's sister. The fight began when Jay Unger was "in the face" of another of his sisters, Gene Ann Judy, who was also a witness to the scuffle.

Jay Unger first struck Mary Jane and then Gene Ann, knocking them both to the ground. Unger and his lawyers contended Unger struck his sisters and brother-in-law in self-defense.

Jack Mace came out with a baseball bat and struck Unger in the back and shoulder area. Jarod Unger then jumped into the fracas, and Jay Unger managed to get the bat and hit Jack Mace with it.

According to testimony and court documents, the impetus for the entire incident was an argument between Judy and Jarod Unger concerning the movement and placing of debris on the Unger family farm.

Headley pointed out that Unger had "fifty-five years of being a law-abiding citizen and employment," and that 68 letters of support for Unger had been submitted to the court.

"I've read through all this, and I have to wonder how these 68 people would feel if the shoe were on the proverbial other foot," Headley said.

Headley said Unger's supporters might feel differently if they had seen their wives "get knocked off the porch."

Headley said he also had to consider what Jack Mace had lost.

"(Mace) is never going to be anything like he used to be," Headley said. "You took everything away from him with your criminal behavior."

The state also sought more than $60,000 in restitution from Unger for the Maces. That figure included medical bills, travel expenses and lost wages for Jack and Mary Jane Mace, as well as moving expenses. In court, Mary Jane Mace contended that she and her husband had to move after the incident because "my children feared for us."

Unger's lawyers countered the restitution total presented by the state included injuries inflicted by both Jay and Jared Unger and that their client was responsible for $8,811.92 of the expenses.

Jack Mace said in court he had had a consultation with a personal injury lawyer, but had not yet hired one. He said he hadn't decided whether or not he would file a civil suit against Unger.