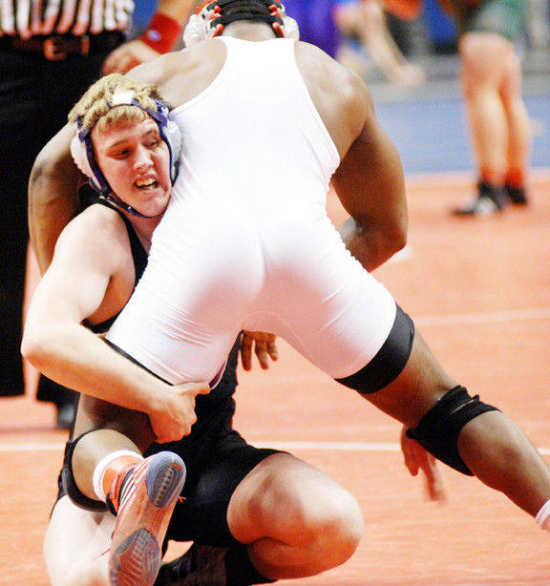 INDIANAPOLIS -- Jacob Wright came into Friday's state wrestling prelims with the hopes of continuing on and placing in the state.

Wright lost to Aris Allen of Fort Wayne Northside, 12-5 in the opening rounds of the 215 weight class in the IHSAA Wrestling State Finals and ended his season with a record of 40-8.

And even though he lost, he was far from devastated.

"I feel pretty good right now," Wright said after his match. "It was nice to make it here and it would have been nicer to make it farther, but he (Allen) had to get in somewhere and this was is it.

"He was probably the strongest kid that I have wrestled and that overwhelmed me a little bit. But I had a good season and I have no regrets about any of it," Wright added.

"He wrestled well," McComish said. "He took it to him and he looked good and scored some points on him. We just didn't have enough to pull it off and honestly we couldn't have done anything more.

"I know he is disappointed some and I am disappointed, but he made here and it was better for his season to end here than in Evansville." McComish pointed out.