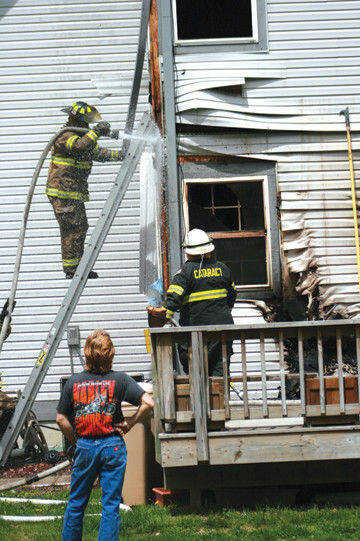 The home of Robert and Donna Keefer at 12029 S. S.R. 42 in Cloverdale sustained major damage in a fire Thursday afternoon. No one was at home when the blaze broke out. Departments from Cloverdale, Greencastle, Bainbridge and Cataract responded. No injuries were reported. As of press time, a cause had not been determined and a damage estimate had not been released.
Comments
View 4 comments
Note: The nature of the Internet makes it impractical for our staff to review every comment. Please note that those who post comments on this website may do so using a screen name, which may or may not reflect a website user's actual name. Readers should be careful not to assign comments to real people who may have names similar to screen names. Refrain from obscenity in your comments, and to keep discussions civil, don't say anything in a way your grandmother would be ashamed to read.
Respond to this story