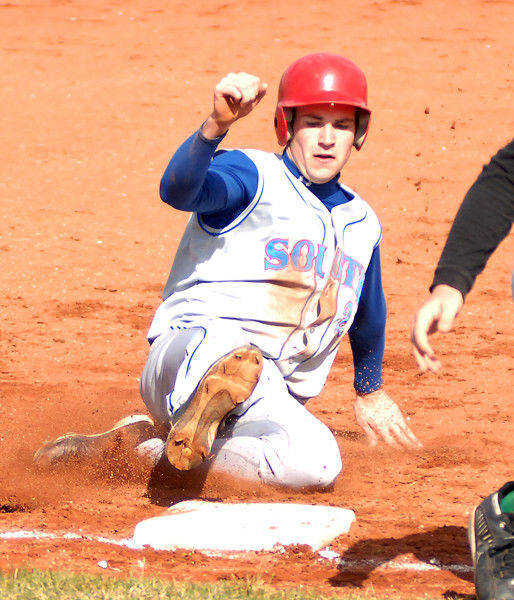 It seems that no one can catch South Putnam junior Cameron Chestnut in the act. Chestnut tied South Putnam's single season stolen base record by tallying his 18th stolen base of the year Friday night. Chestnut also added a grand slam in the fifth inning

The South Putnam baseball team utilized a monster fifth inning to come away with an 11-point win over Danville 13-2 Friday.

After a scoreless fourth inning, the Eagles unleashed their bats on the Warriors to put the game out of reach.

South Putnam was able to record nine runs in the bottom of the fifth and had the chance to do more damage, but left runners stranded.

Cameron Chestnut had a grand slam in the inning, with teammate Brayden Freeman homering three batters later. Noah Boswell added a home run in the sixth inning to bring the score to its final tally.

In addition to Chestnut's four RBI performance, he added another stole base to his season total, tying South Putnam's single season record of 18.

Boswell and Freeman had two RBIs each, with Grant Zimmerman, Flory, Robbie Gibson and Drew Cash adding an RBI each.

The Eagles will travel to North Putnam Monday for a 4:30 start.

Next game -- The Eagles will travel to North Putnam Monday for a 4:30 start.