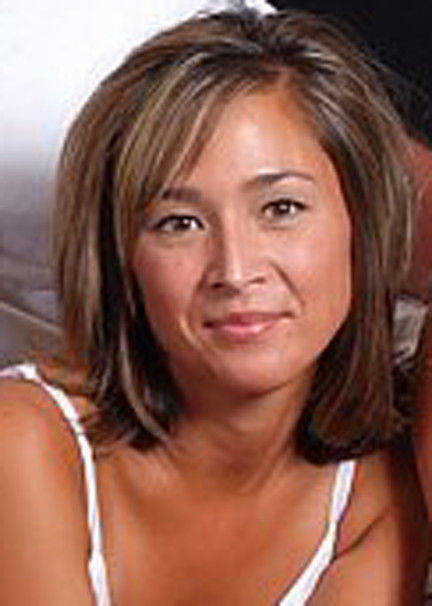 GREENCASTLE -- A Roachdale woman who stole more than $56,000 from a local special education cooperative said at her sentencing hearing Thursday she was sorry for what she'd done -- but Putnam County Circuit Court Judge Matthew Headley wasn't buying her apology.

"This is one of the worst crimes of dishonesty that I've ever seen in Putnam County," Headley said.

Tammy Y. Mitchener, 33, was sentenced to five years at the Indiana Department of Correction with three years executed and two years on probation. She was convicted of Class C felony corrupt business influence and Class D felony theft. Under the terms of a plea agreement, five other felony charges against Mitchener were dropped.

Headley did not feel the sentence he gave Mitchener was stiff enough, but it was in keeping with the terms of the plea agreement.

"Quite frankly, I wish I could give you more," he said.

Court records said Mitchener wrote $56,639.19 worth of checks from the Old National Trail Special Education Cooperative's account to a vendor called PC Technologies -- which turned out to be a dummy corporation she set up and opened a bank account for. Mitchener deposited the checks she wrote into the PC Technologies account and then moved the money into her personal account, which was at a different bank, using online banking services.

The only witness Mitchener's attorney Robert Perry called Thursday was Mitchener herself.

"What prompted this?" he asked.

Mitchener blamed her crimes on "desperation." She said business at her husband's construction company had been "very, very slow."

"I took care of all the bills and everything in the household," she said tearfully. "We weren't making it."

Mitchener told the court that she knew what she had done was wrong, and that she "should go to jail." She asked for leniency, not for herself but for her husband and children.

"I live with this mistake every day of my life," she said. "Please don't make my husband and children suffer any more than they have to."

Putnam County Prosecutor Tim Bookwalter asked Mitchener at what point she felt bad about what she was doing.

"Right from the beginning," she said.

Mitchener said she considered the money a loan.

"In my mind, I was borrowing money I would pay back at some point," she said.

Mitchener admitted that she eventually got in too deep, and that she knew she would be caught.

"It seemed like everyone already knew what I was doing," she said. "I was friends with the people I worked with, and I was lying to them and to my family. It was very hard. I didn't know how to make it right."

Mitchener has three children, ages 12, 8 and 4. People have said things to her oldest daughter about Mitchener's case at school, Mitchener said.

Perry asked Mitchener to stand and point out individuals in the courtroom who were there to support her. She identified her husband, her parents, the pastor of the church she attends, her siblings and friends.

Mitchener also turned to face the representatives of ONT who were present.

"I'm so sorry," she said, breaking down in tears. "I hope one day you will be able to forgive me."

Nancy Holsapple, director of ONT, said she "had no indication" that Mitchener was stealing from the cooperative. Holsapple terminated Mitchener's employment on Nov. 8, 2008, after ONT's bonding company informed Holsapple that, for "personal reasons," Mitchener could not be bonded (Holsapple said the bonding company would not divulge any details, but they did say the reasons were "not criminal"). Employees who deal with money at ONT are required to be bonded, Holsapple said.

After Mitchener left ONT, Holsapple found a peculiar e-mail from ONT's bank in Mitchener's former office. She made some phone calls, she said, and discovered what Mitchener had been doing.

"My heart just stopped," she said.

Bumgardner said on a couple of occasions, Mitchener had presented her with blank checks and asked Bumgardner to sign them.

"I was told by Tammy that they were for taxes," Bumgardner said in court Thursday.

Perry asked Bumgardner if she was admitting that signing blank checks "was something you shouldn't have been doing."

"When I look back on it, yes," Bumgardner said.

The day before Thanksgiving 2008 -- three weeks after Mitchener was fired from ONT -- she attempted to cash another check for over $7,000.

The bank told Mitchener they could not cash the check, and a bank representative immediately contacted Holsapple at her home. While Holsapple was on the phone with the bank Mitchener attempted to call Holsapple on her cell phone.

When Holsapple did not answer her cell phone, she said, Mitchener started e-mailing her to ask what the problem was. Mitchener told Holsapple the check she was trying to cash was for mileage reimbursement, Holsapple said.

"What has your life been like since all of this happened?" Perry asked.

Mitchener drew in a deep breath and dabbed her eyes.

Mitchener told the court she has been in counseling for the last several months.

Bookwalter, like Headley, doubted the sincerity of Mitchener's apologies.

"She was in a position of trust," Bookwalter said. "The true victims are the taxpayers and who she was stealing from -- children with disabilities. I think she's remorseful that she got caught. If she was really sorry, she wouldn't have been trying to cash another check three weeks later."

Bookwalter also pointed out that Mitchener "hasn't paid back one cent" to ONT since her arrest, and that she did not mention ONT in an apology letter she submitted to the court.

Perry said he understood the public was "legitimately outraged" by Mitchener's crimes.

"But it is her first offense," Perry said. "Up to now, she has led a perfectly exemplary life. She's been a good wife, mother and citizen. This is not unlike many kinds of cases that ensnare people. She has cooperated from the beginning and is prepared to do that now. She is not a person of criminal orientation, and she has suffered significant public humiliation."

Perry requested a split sentence of jail time, home detention and probation for his client. He also asked that Headley give Mitchener until mid-August, when her children were back in school, to start serving any jail time.

Headley refused, and gave Mitchener until 4 p.m. Thursday to report to jail.

"You need to dry your eyes, Mrs. Mitchener," he said. "You knew this was coming. I'm going to say to you what Rhett Butler said to Scarlett O'Hara ... you're a thief who's not the least bit sorry you stole, but you are sorry that you got caught."

Headley said he would set a restitution hearing when Mitchener's executed sentence was near completion.

In addition to the checks she wrote to herself, an audit done by the Indiana State Board of Accounts showed that ONT lost more than $52,000 in penalties and interest paid to the Internal Revenue Service and the Indiana Department of Revenue due to Mitchener's negligence.

Comments
View 36 comments
Note: The nature of the Internet makes it impractical for our staff to review every comment. Please note that those who post comments on this website may do so using a screen name, which may or may not reflect a website user's actual name. Readers should be careful not to assign comments to real people who may have names similar to screen names. Refrain from obscenity in your comments, and to keep discussions civil, don't say anything in a way your grandmother would be ashamed to read.