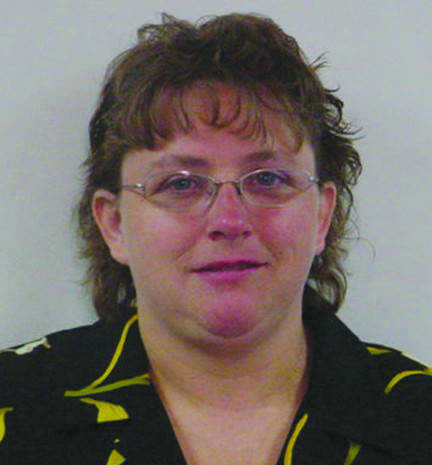 GREENCASTLE -- A former Greencastle church secretary charged with 12 felony counts related to thefts from the church will be in court Oct. 29 to enter a change of plea.

At an initial hearing on Aug. 13, Fenwick pled not guilty to all charges. Putnam County Prosecutor Tim Bookwalter is not certain exactly what Fenwick plans to plead guilty to at her upcoming hearing.

"I'm assuming all of it, but I'm not sure," he said. "I do know that we have not extended any plea agreements. No deals have been offered."

Should Fenwick be convicted on all counts, the cap on the prison time to which she could be sentenced would be 10 years. Under Indiana statute, the maximum sentence for non-violent crimes alleged under the same case number is the advisory sentence for the next highest felony charge -- in this case a Class B felony, for which the maximum sentence is 20 years and the advisory sentence is 10 years.

Authorities say Fenwick stole about $274,000 in cash from the church, as well as opening a Wal-Mart charge card in the church's name on which she charged more than $10,000 in purchases.

Court records indicated that Fenwick began stealing from Gobin shortly after she was hired in late 2004. She confessed that she had probably written as many as 100 checks to herself off Gobin's accounts and had forged signatures on the checks, and also produced a flash drive on which she had saved church bank statements she doctored, an affidavit of probable cause said.

A trial in Fenwick's case had been set for Jan. 27. Should the court accept her plea on Oct. 29, Bookwalter said Fenwick could be sentenced as early as mid-November.