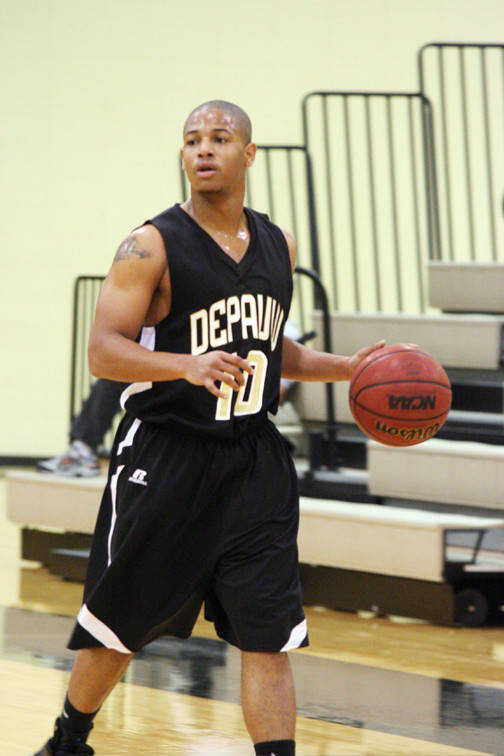 GREENCASTLE -- At the 4:03 mark of Sunday's championship game of the Mike Rokicki Community Versus Cancer Challenge, it looked as if DePauw's quest for a fifth straight title was in jeopardy.

Cloverdale grad Chase Haltom buried a three-pointer to help erase a 16-point first half lead by the Tigers and bring the Little Giants within two at 52-50.

The two teams traded baskets for the next three minutes, but it was the Tigers' Sean Haseley who knocked down a three with 42 seconds remaining to extend the lead to 59-53. The game ended when Tommy Weakley gave a selfless assist to Tom Callen with no time left on the clock.

The win moved DePauw to 4-0 on the season and gave head coach Bill Fenlon a clearer picture on what the team's strengths and weaknesses are. He noted that Wabash was a little bigger than his squad, but a high-energy first half did a lot of good for his Tigers. Fenlon acknowledged everything's a work in progress right now.

"They made some shots to start the second half," Fenlon said. "In today's game of basketball, 16 point isn't (much). They knock down two three-pointers and it's 10, and 10 is four possessions. So, that's not a working margin really. I'm glad we had it; it helped us.

"Then we had stretches where we turned it over a bunch of times in a row and just couldn't keep control of the game because we couldn't take care of the ball. We were just a little tentative. We're playing a lot of guys, and we have lots of different combinations on the floor at different times and that's all going to take a while," he said.

DePauw had the same players at the point for four years, but that's changed in the '09 campaign. Senior Tony James is now the man on the point, but Fenlon commented that in past years, everything has gone through their former point guard. This year, everyone is going to be called upon every play to make things happen.

"We had Mike Moore bouncing the ball around 90 percent of the time for us the last four years and now we're asking everyone to touch it and everyone to be more involved in the playmaking, rather than just the finishing that part of the offense," Fenlon said. "We're going to have some times where we're a little stagnant.

"I also thought there were times where we looked pretty good. When we were driving and making plays for each other and seeing what was going on. I told the guys, 'People don't go away for you. You have to make them go away and the only way to make them go away is to be really good constantly.' We were a little better than them today for maybe a little longer, but not consistently better than them," he commented. 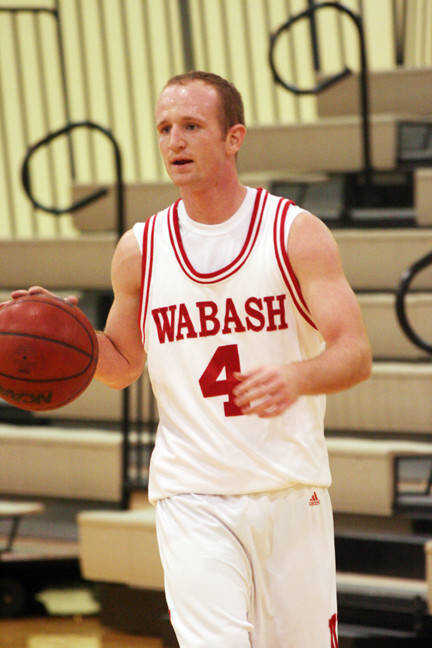 Entering this weekend's tournament, DePauw was coming off an Albion College Tipoff Tournament win, something Fenlon said shows that his team is going to be one that could accomplish some special things this season. He spoke about winning a tournament on someone else's court and then being able to defend you own was great. Not to mention staying perfect on the season.

The Tigers held a 34-18 advantage at the half by mixing an upbeat defensive strategy with some timely shots by junior Steve Lemasters. Lemasters scored 11 of his 15 points in the first half.

Wabash was coming off a sizzling shooting performance Saturday of 69 percent, but Sunday was a different story. The Little Giants shot just 20 percent in the first half and 31 percent for the game. Haltom and Ben Burkett led the way for Wabash with 14 points each.

Haseley was DePauw's top scorer with 16, followed by Lemasers' 15 and eight points from Tom Callen. James was named tournament MVP, while Haseley and Wabash's Wes Smith were named to the All-Tournament team.

DePauw packs its bags for its first two SCAC contests of the season against Rhodes and Birmingham-Southern. Fenlon knows after this road trip, he will have a better grasp on where the team is and where it is headed.

"We go on our first trip in the league and that will tell us a lot about where we're at," he said. "I hate to be cliché, but I really happy to be 4-0, and that's what I told the guys, record wise I couldn't be happier, but clearly we still have a lot of things we could do better. That's got to be kind of the daily goal.

DePauw travels to Rhodes Friday for a 9 p.m. tip.

Next game -- DePauw travels to Rhodes Friday for a 9 p.m. tip.