Albums of the Decade: 2003 -- The White Stripes, Elephant 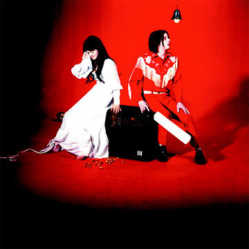 This is part four of a 10-part series on Jared's favorite albums of each year of the decade. The series will conclude with his top 10 albums of 2009.

The White Stripes during the White Blood Cells era can best be compared to a late-season baseball call-up. No one expected a lot of the album. It came out of nowhere. In the end, it put up some amazing numbers and had everyone anticipating the next season.

Those expectations don't always work out, though. Ask Yankee fans about Shane Spencer.

So the Stripes' 2003 effort Elephant was going to be a notable album, one way or the other. After two obscure albums and a third that catapulted them to fame, the eyes of the rock world were on Jack and Meg White.

They did not disappoint.

While there is an obvious place to start a discussion of the record ("Seven Nation Army" is one of the albums of the last 10 years.), it's another element that puts this one over the top for me.

The record begins with all the volume listeners expect from Jack and Meg, but enters a quiet, slowed down mode on tracks five through seven.

"In the Cold, Cold Night" is a great use of Meg's voice. While she is not a great vocalist and even a questionable drummer, the spooky minimalism of this track is accented perfectly by her vocals.

Next up is Jack giving a heart-on-sleeve performance with "I Want to Be the Boy to Warm Your Mother's Heart." On the track, he sounds as much like early-to-mid-70s Rod Stewart (that's a compliment) as the guy who screamed "Fell in Love with a Girl" or "Hotel Yorba." There's also a nice country element to the tune.

And how can you not love lines like, "I'm inclined to go finish high school/ Just to make her notice that I'm around"?

The cooled-down run finishes with "You've Got Her in Your Pocket," which is the underrated number of the album. It's obviously Jack White singing, but had his vocals ever sounded so vulnerable before? Sure, they slowed it down a time or two on White Blood Cells, but did anyone expect a full-fledged folk song?

Of course, the rockers are great on this one, too. How can just two instruments give us such a loud and full sound as "Seven Nation Army"? Other tracks like "The Hardest Button to Button," "Little Acorns," and "Hypnotize" show off the band's ability to balance dynamite songwriting with the ability to be REALLY LOUD. It's a hard trick to pull.

The Stripes' ability to balance all those aspects of their music took them from being part of the "garage band movement" to simply being one of the best bands of the decade.

Joe Strummer & the Mescaleros, Streetcore: In spite of being the heart and soul of the Clash, Strummer went more than a decade and a half without making a significant album before three solid efforts with the Mescaleros. His untimely death in Dec. 2002 predated the release of Streetcore by nearly a year. It reminded us how much we had to miss.

Drive-By Truckers, Decoration Day: The Truckers continued to show growth with their fourth studio album. The addition of singer/songwriter/guitarist Jason Isbell gave them a one-two-three punch of Isbell and founding members Patterson Hood and Mike Cooley. The era only lasted for three albums, but they stand among the best of their career.