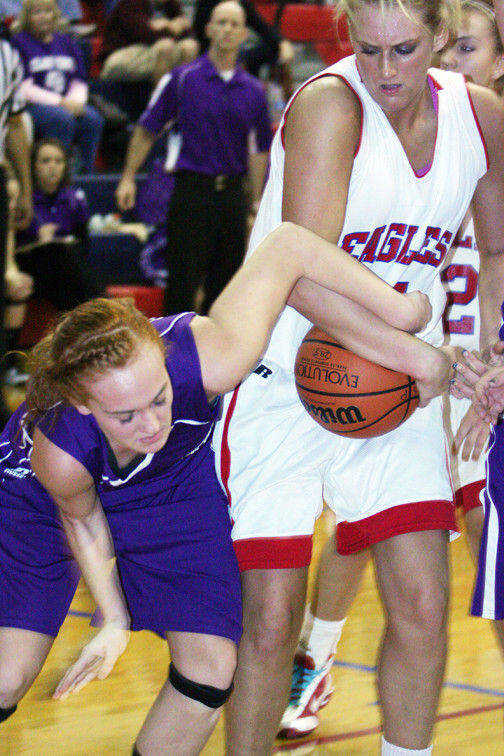 GREENCASTLE -- From the opening tip, South Putnam displayed an upbeat, vocal approach to Tuesday's contest and it worked to its advantage. The Eagles defeated Clay City 51-38 to move to 5-14 on the season.

South Putnam head coach Debbie Steffy was pleased with the effort her Eagles displayed on Tuesday.

"It was a good win -- it was a really good win," Steffy commented. "We talked about that in there. We have certain goals, certain things we try to strive for each game and I keep telling them if we can get these things that takes care of the wins. Like one them is 15 or less turnovers. One of them is out-rebound an opponent by at least seven, you know, some things like that.

"At the end of games a lot of times, we'll go through and see where we were and they can see now 'Hey, if we don't turn the ball over, we've got more opportunities to score' and things like that. So, yeah, it was a good win. A lot of people did a lot of good things for us tonight," she added.

South Putnam led the entire game, but had to push back an Eels charge early in the fourth quarter to Tuesday's contest.

The Eagles lead 36-26 going into the final period, but four quick points from Brielle Drelick cut the lead to just six. That's when the Eagles showed their resolve.

Sophomore Brooke Boetjer struggled from the line in the third quarter, going 1-for-4, but the in the final quarter it was a different story. Boetjer connected on two free throws and then followed it up by converting a three-point play. But she wasn't done yet.

Clay City's head coach Chris Ames was hit with a technical at 4:50 remaining and it was Boetjer who went to the line and banged two more freebies home. After her seven-point outburst, the Eagles held a 43-30 advantage and never looked back. They won 51-38.

South Putnam jumped on the Eels early and didn't let up. They rolled to a 12-8 advantage after one and went to the locker room leading 20-13. The Eagles squad was very vocal on the night on both sides of the ball, which resulted in a more cohesive unit. That was something else Steffy and her crew talked about.

"We've talked about that too. 'Guys, you've got to talk to each other, especially on defense. You've got to let people know where they are and where their shooters are' and that sort of thing. I thought we did a good job on that tonight," she said. 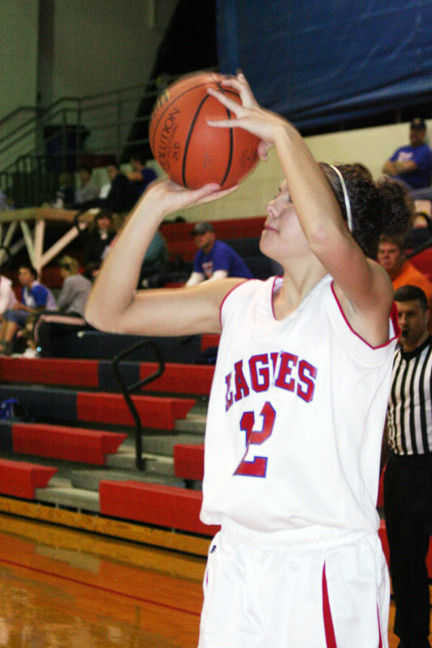 Clay City had a chance in the third quarter to challenge the Eagles after they chipped away at the lead and trailed by only four points at 28-24. That's when they got a double dose of the Thompson girls.

Jenny Thompson tossed in a bomb from the outside, then sister Jessica Thompson followed on the Eagles' next possession with one of her own. The Eagles outscored Clay City 16-13 in the quarter.

Boetjer led the way on the night with 14 points, but the night belonged to Jessica Thompson. The team's lone senior, she was honored before the game and scored 13 points to help lead the Eagles to the win.

The Eagles face North Putnam at 6 p.m Friday in what Steffy believes will be an emotional event for the Cougars.

"We got to get ready for North Putnam. As we talked about in there, they're going to have a lot of momentum on their side. It's senior night, it's homecoming up there and they've got some seniors on their team that are going to want to win their last game on their home floor. We got to be ready for that, then we'll get ready for sectional and prepare for that game," Steffy commented.