Happy Birthday to My Dad 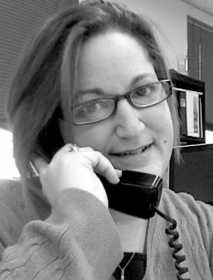 My dad would have been 70 years old today.

He died in June of 2001 after battling heart disease for several years. My dad fought the good fight, but finally just got too tired to do it anymore.

My dad -- William "Bill" Lemke Sr. -- taught me a lot of very important life lessons. He was not one to dwell on wrongs that had been done to him ... he was one who could usually forgive, and if you had hurt him he could let it go as long as you apologized. I always knew that no matter what I did, as long as I owned up to it and learned from it my father would never bring it up to use it against me. He would never throw my mistakes in my face.

My dad would always tell me that when people were mean to me, I couldn't let it get to me because if I did those people were winning.

"All thinking about them will do is eat you up inside," he'd tell me. "You're hurting yourself, not them."

He was adamant about the importance of hard work. He had no use for lazy people, and in his mind if you were able-bodied there was absolutely no reason you shouldn't have a job. While we lived in my father's house, we were expected to either have jobs or be in school -- or both.

My dad believed everyone deserved a fair shake. He was willing to talk to anyone.

He also believed in second chances, often telling me that without them, he wouldn't have many friends left. Humility, honesty and accountability meant a lot to my father, and if you exhibited those things you were all right with him no matter how many times -- or how badly -- you'd messed up.

But I guess the most important thing I gleaned from my father was that the word "family" is very, very subjective.

My dad was my adoptive father. I've never met my biological male parent -- couldn't even tell you where to find him. My mom started dating my dad when my twin sister and I were 6. They got married when we were 8, and the proceedings for my dad to legally adopt us were started the following year.

We officially became Lemkes when we were 10.

My father was one of nine children. His father died when my dad was very young, and his mother deserted the family.

My father and his siblings were all put into foster care -- the two youngest, still babies, were adopted by other families, but the other seven children, including my dad, were separated and bounced from foster home to foster home.

My dad ended up staying for a long while at one foster home, and these people became his family -- he was particularly close to a foster brother, and they maintained contact into their adulthoods.

We had a family, but we didn't share a lick of DNA with any of them.

When I had my daughter, my father was over the moon. He loved her fiercely, and the fact that the two of them weren't linked genetically never factored into their relationship. He was her grandpa ... Period.

My dad taught me, beyond a shadow of a doubt, that biology doesn't make a family.

I loved my dad, and I felt special because he chose me as his daughter. He wanted to be my dad, and he made it happen.

I still miss my father. I miss him every single day. My daughter is in college now, and I have a son -- named for my dad -- who my father never got the chance to meet.

I think the best way I can honor my dad is to try to remember the life lessons he taught me -- and to live them.

Jamie Barrand is the editor of the Banner Graphic. She can be reached at jbarrand@bannergraphic.com.