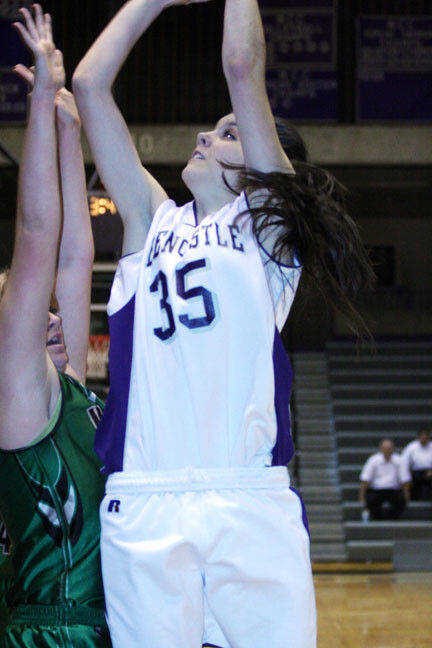 GREENCASTLE -- Powered by four players in double figures, Greencastle closed its season with a 77-62 win over Monrovia and won the outright West Central Conference title.

"It's absolutely awesome," GHS head coach Brad Key said. "Before the season we set goals -- win county, win WCC -- and we knew it was going to be tough and it was. I don't know if we had an easy game. Monrovia plays hard. I told them they're a lot like North Putnam, they're going to get up on you and they're going to cause you to do some silly things and we did for a while.

"We looked a little sluggish the first half, defensively especially. We weren't moving and made some bad choices, but we recovered," Key added.

The win was made even sweeter due to the fact that it was senior night and all three of Key's senior made a contribution in the win. Tenille Burgeson led the senior effort with 19 points, while Kate Babington added three and Kayla Nobles two. Key was proud for his seniors to get the win in their final home game.

"It was a fun win," Key said. "Seniors -- I'm so proud of each and every one of them. Kate and Tenille were B-teamers in middle school and they just kept playing because they loved the game and look where they're at now. It's awesome. Kayla Nobles did another great job. It was fun for them because I think people before kind of overshadowed them and now they got their time. It was so good for them to win it -- a lot of fun."

Although the Tiger Cubs did begin the game rough, they found themselves down only two at the half at 35-33 and made up for lost ground in the second half.

In the second half, Greencastle shot 15-of-26, including 11-of-12 at the charity stripe. GHS outscore the Bulldogs

In addition to Burgeson, Mallory Miller led all scorers with 22 points, while Taylor Pruitt added 17 and Chelsea Samuels 12. Key had nothing but positive things to say following the game. 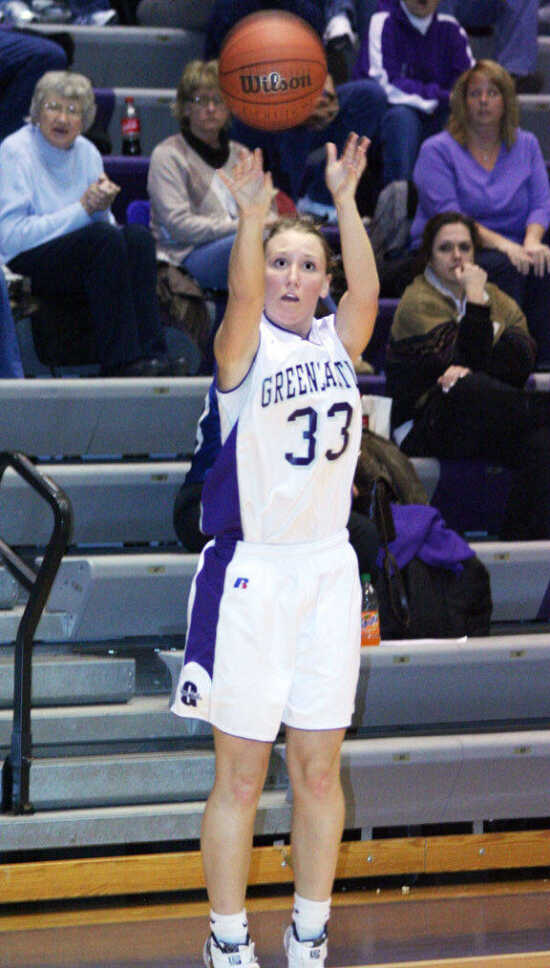 "Taylor Pruitt had another great night rebounding. We had her for 17 and 12 offensive," he said. "She struggled a little bit hitting her shot, but sometimes you just can't replace athleticism. She's a pure athlete. I thought Mallory did a good job tonight. Over at Manual she lit it up like I haven't seen anyone do and tonight it didn't fall as well, but she did what she had to do to get to the free throw line. That's something we've talked to her about. When the game's close, we want the ball in her hands.

"I thought Tenille did another great job of leading. She got tired some and Alyssa (Nichols) is hurt, so we don't have the availability to give Tenille -- she's about a minute break a quarter -- and we didn't get that chance tonight sometimes," Key commented.

He also pointed out the efforts of Samuels and Hannah Wainman, who he describes as being the best player he had in the first half. But, like every winning program will tell you, it's all about the team and having people step up when called upon.

"That's why I'm proud of this team -- we're a team. You can take one or two players out and the rest of them can keep playing. That's something as a coach you dream of. I've been lucky my first year to have that group," he said.

Greencastle ended the season on a four-game winning streak and enters the tournament playing perhaps its best basketball of the season. Key acknowledged they knew what they needed to do and got the job done.

"We've got Edgewood, who's a great team. We're going to have to play a great game to beat them and I think if we play as a team like we have been, I think we're very capable of it," Key concluded.

Greencastle will face Edgewood Wednesday in the Sullivan Sectional at 6 p.m.

Next game -- Greencastle will face Edgewood Wednesday in the Sullivan Sectional at 6 p.m.