Sutherlin to run for recorder 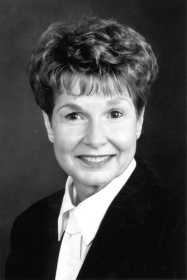 GREENCASTLE -- Opal Sutherlin has announced her candidacy on the Republican ticket for Putnam County Recorder.

Sutherlin said she believes we are at a time when we need county government to be at its best, its most dynamic, its most innovative and its most effective. She has a passion for county government and is committed to serving the people of Putnam County with efficiency and accountability.

Sutherlin has 17 years of experience in county government. She spent six of those years in the county auditor's office, was elected and served two terms as county clerk and is currently serving on the county council.

Because of her prior positions, she has learned to expect and deal with day to day problems, effectively manage people, as well as meet state budgets and schedules. Her experience in county government has also provided her with working knowledge of deeds, contracts, affidavits and myriad other legal documents that will aid her in her position as county recorder.

Sutherlin's focus as an elected official will be to work as a team player with other county offices. She believes that doing so, the public and taxpayers will get the service they expect and deserve from the elected officials and their staff.

She promises to ensure her staff will serve the public in a prompt, courteous and professional manner. Sutherlin's goal is to run an economically efficient, fair and competent office.

Opal and her husband Dallas are lifetime residents of Putnam County. Memberships include Kiwanis, Moose Lodge, American Legion and the Republican Women's Club, as well as attending the Greencastle Christian Church. They are the parents of Todd Sutherlin and Tracy Bridges and have seven grandchildren, all of whom reside in Putnam County.

Sutherlin said she is committed and dedicated to making a difference for the citizens of Putnam County. She asks for continued support in the May primary.