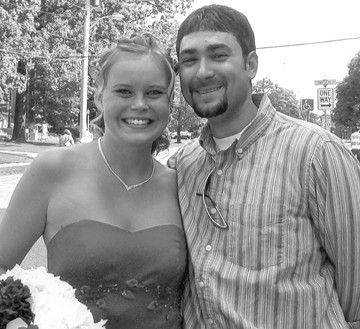 Holly Ann Pitts and Bradley D. Phillips of Greencastle have announced their engagement and upcoming marriage.

The prospective bride is the daughter of Richard and Sue Pitts of Greencastle. She is a 2005 graduate of South Putnam High School.

Holly received a degree in early childhood education in 2009 from Ivy Tech Community College. She is employed as an assistant manager at Dollar Tree Stores Inc., and also as a substitute teacher.

Her fiancé is the son of Brian and Terri Phillips of Greencastle. He graduated from Greencastle High School in 2000.

Brad is employed at Buzzi Unicem USA in Greencastle.

The couple plans to be married on Oct. 23.