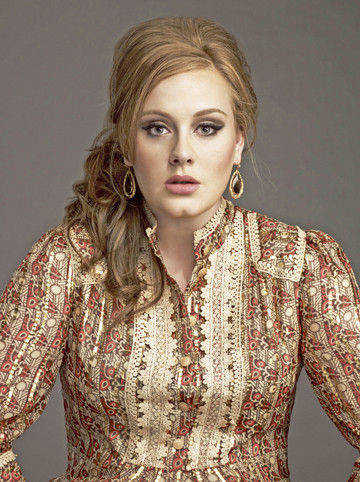 The most important thing to remember when listening to Adele's "21," released Feb. 22 on Columbia, is the title: 21.

As in the age when most of us are either struggling through another year of college or trying to hold down our first grown-up job or simply thinking about where the party is Saturday night.

By contrast, Adele -- whose albums "19" and "21" reflect her age at the time of recording -- has already won two Grammies and released two of the best soul albums in recent memory.

Where "19" left off in 2008, "21" picked up in 2011. The British singer-songwriter has the voice of heartbreak, conveying how big and bold the feeling can be (opening track and lead single "Rolling in the Deep"), as well as how small and alone it can make a person feel ("Don't You Remember").

It's not all about the sad songs, though.

The playful "Rumor Has It" is Adele filling the role of the sultry chanteuse, singing to another women whose older man she may or may not be stealing.

Much like the opener, "Set Fire to the Rain" is Adele belting out a voice that could fill the largest arena with an absolutely wonderful arrangement behind her.

Her cover of the Cure's "Lovesong" is also a treat, doing exactly what a good cover should. You'll recognized it, but it will take a minute.

An early frontrunner for my album of the year, "21" is a special record. Adele has managed something difficult for young performers. She's met and exceeded very high expectations.