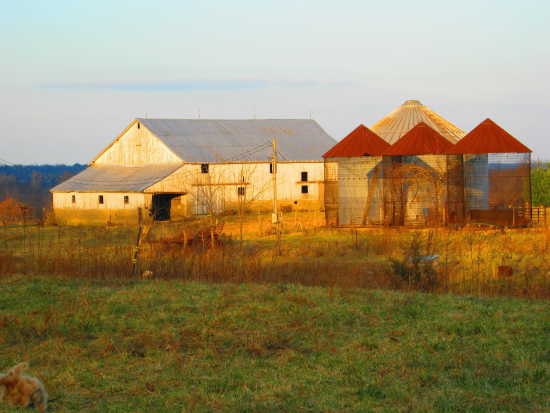 Photo contributed A photo by Eli Secrest, 14, who is one of the participants in the Through the Lens exhibit.

GREENCASTLE -- The Putnam County Museum has an upcoming photography exhibit that tries to show a self-image of the county through different people who live here.

The Through the Lens exhibit opens March 16 at 7:30 p.m. The exhibit features photographs taken around the county by seven members of the community.

"It's been Caroline Murphy's honor project for her senior thesis," Tanis Monday, the museum director said. "She asked for applicants and ended up with seven people completing the project. Each person was given a digital camera and asked to dedicate six full weeks of their life, documenting their lives in Putnam County and what that meant to them."

Murphy, the museum's associate director, said she got the inspiration for the exhibit from a story in The New York Times, which she then altered. She said a camera comes with a certain power and freedom.

"I was just very intrigued, wondering what I would tend to capture. Things that you don't consciously decide to do in some ways. I was intrigued by what this community would decide to capture to present itself. It's like a self portrait of the community," she said.

"It really showcases Putnam County, how beautiful and diverse it is," Murphy said.

Monday said the participants really grew as photographers over the course of the six weeks. She explained the exhibit would be a grouping of the photographers' favorite pieces.

Monday said there were some excellent photos in the exhibit.

"I think my favorite photo is a sunset shot where the sky is just completely ablaze with orange and pinks. It's got some telephone lines running through it," she said. "It's just a very striking shot. It was taken by the youngest participant, which I thought was interesting."

Monday said the group they have represents a nice spectrum of ages.

"We had a 14-year-old boy that participated, a high school student, a college student and then a range of adults in the county."

The exhibit will also feature photographs taken around Greencastle with disposable cameras left in different locations.

Murphy said she wanted to express her gratitude to the participants for taking part in the event.

"I'd really like to thank the participants for doing this as well," Murphy said. "I know they're all very proud of their work and I'm very proud of it. They've given a lot of time away from their families and friends. It's a lot to ask someone, to take this camera and haul it around for seven weeks."

In addition to the digital photography exhibit, there will also be photos taken around Greencastle with disposable cameras left around the town.

Murphy said there would also be a Polaroid camera at the exhibit, so people can take a picture of themselves and add it to a wall.

"They can add to the sense of community by taking a self portrait and adding it to the exhibit," she said.