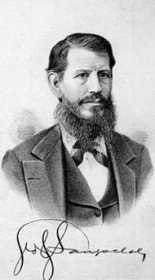 INDIANAPOLIS -- If it weren't for Greencastle, there probably would not be a Soldiers & Sailors Monument in the heart of downtown Indianapolis. Just don't link the community to the detours and traffic inconvenience about to occur on Monument Circle the next eight months.

Plans are in place to close the monument beginning Wednesday until November for repair efforts that include removing the 10-ton bronze statue from its top.

The project will close the inner lane of Monument Circle to traffic at times, and traffic on Market Street west of the Circle will be restricted for brief periods. All the work is expected to be completed by late October, with the 109-year-old landmark reopening Nov. 4.

Back to that Greencastle connection---- one of the little-known facts in Indiana history is that the idea for such a landmark capital city monument was born in Greencastle.

"When I tell people that the Soldiers & Sailors Monument was -- for lack of a better word -- conceived in Greencastle," one former Greencastle mayor said, "they think it's just me trying to impress them. They look as me like I'm crazy, and say, 'Oh, it was not.'"

In fact, it was actually the editor of the old Greencastle Banner who is credited with rallying the forces to create a monument to Hoosiers who made the ultimate sacrifice in defense of the Union.

It was in 1875 that George J. Langsdale, editor of one of the Banner Graphic's predecessors, attended a reunion of Civil War veterans and enthusiastically presented his ideas for a monument.

"The idea certainly was conceived before that," a spokesman for the Col. Eli Lilly Civil War Museum said. "But it wouldn't have happened without the guys from Greencastle."

Those guys were members of "The Banner Alley Sextet" -- a group of six Civil War veterans who met regularly in Langsdale's print shop to discuss the affairs of the day.

Langsdale headed a Monument Commission, appointed by Gov. Oliver P. Morton after the Indiana Legislature appropriated $200,000 in 1887. He was unanimously elected president at the first meeting on June 28, 1887.

Using his newspaper as his voice, Langsdale editorialized early on: "It would seem that they are in absolute need of a soldiers' monument over at Indianapolis ... Let it be erected in the most public place, and then the school children massed around it and told for what the Union soldier which it typifies fought and died. It would also be well to tell something of the tragic events through which he passed and the courses which led thereto."

The monument, which is just 15 feet shorter than the Statue of Liberty, cost $598,318 to erect in 1902. Building a similar structure today would cost more than $500 million, it has been estimated.

Meanwhile, if it weren't for Greencastle, neither would there probably be a Col. Eli Lilly Civil War Museum in the basement of that 284.5-foot monument at the center of Monument Circle.

The local connection is also displayed prominently inside the new museum that opened in 1999. After visitors enter and descend the main ramp, they turn into an area titled "And the Call Went Out for Troops." It is there that a large "Welcome to Greencastle" road sign beckons visitors to enter Civil War-era Indiana.

During the upcoming monument repair, work scaffolding will be built to the full height of the monument. The 40-foot tall Victory sculpture will be brought down by mid-June so its joints and connections can be repaired. Steel supports for the sculpture also require restoration, while the carved limestone eagles near the monument's observation level will undergo work to repair cracks and prevent water infiltration, the Indianapolis Department of Administration says.

The proposed improvements come as Indianapolis Downtown Inc. is holding a competition for ideas on how to better use Monument Circle, with a $5,000 prize offered to the winner. Entries are due April 15. For information, go online at www.monumentcircleidea.com.