Celebrate July 4th at Robe-Ann Park with more than fireworks 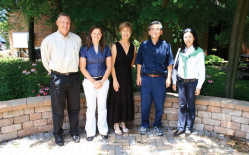 While one of the best small-town fireworks displays in Indiana will again be the centerpiece, the annual Greencastle Fourth of July celebration will be much more than bombs bursting in air.

Monday's activities will begin and 7 a.m. and conclude sometime in the 10 p.m. hour with food, competition, fun and games on the menu.

As usual, the annual fireworks display by Sky Magic Pyrotechnics, will commence at dusk.

"We had a call from a food vendor in Mooresville who said he couldn't wait for our fireworks," mayor's office assistant Linda Huber said earlier this week. "He said we have one of the best fireworks displays around for a small town."

In the event of rain, the fireworks will be delayed until Tuesday, July 5. No other activities will be rescheduled.

Admission to the fireworks is free, thanks again this year to several local sponsors. 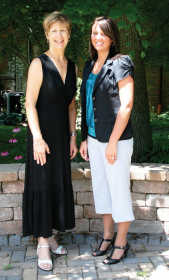 The holiday activities will commence at 7 a.m. Monday with the all-you-can-eat "Pancakes for Parks and Pathways" fundraiser under shelterhouse No. 1 at Robe-Ann Park.

The pancake breakfast, featuring hotcake, sausage and beverages, will run until 11 a.m. Cost is $5 for adults and $3 for children under 12. Proceeds will go to the People Pathways and Friends of the Park groups.

Registration (set 7-8 a.m.) for the Rokicki Run costs $15, while the youth run is free of charge.

One of the more unique events slated is the Celebrate 4 Dog Fashion Show will be staged at 10 a.m. Monday at the park maintenance building near the Bloomington Street entrance.

Registration for the dog costume contest will start at 9:30 a.m.

Now in its fifth year, the canine costume event will be judged by Anne Clark and Dr. John Scamahorn.

The aquatic center will also be a hub of activity on Monday. Open swim, pool contests and games for all ages are planned from noon to 5 pm. Admission to the pool will be free on the holiday.

Musical entertainment in the Bob Flanigan Bandshell is on tap from 4 p.m. until dusk, while food vendors plan to be open from noon until 10 p.m.

Other activities planned at Robe-Ann Park Monday include: 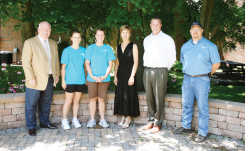 -- Pinewood Derby for Cub Scouts, youth (non-scouts) and open class, beginning with registration at noon, followed by competition at 1 p.m. Entry fee is $3 for scouts; $5 for non-scouts or open class and free for antique or late-model entries.

-- Corn toss open play and tournament. Registration begins at 1 p.m. with the tournament at 2 p.m. Open play is free, while there is a $20 entry fee per team for the tourney.

-- Paul Revere Horseshoe Tournament. Fee is $10 per person. Registration begins at 3 p.m. with the tourney benefiting Special Olympics starting at 4.

-- Firecracker fruit pie bake-off with registration and entry 1-2 p.m. at the park office. Winners announced and auction held at 7 p.m. Entry is free.

-- A softball tourney runs from Friday through Monday.