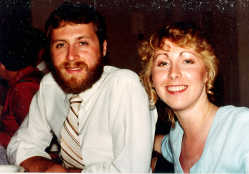 Two separate murder trials. Two convictions in two different counties. Three appeals. And now, after seven years of waiting, a dramatic possible resentencing in what was at the time Greencastle's first murder in half-a-century.

This October will mark 30 years since the slaying of Martha Payne, a beautiful young Greencastle woman who was murdered in the bedroom of her two-story home under renovation at the time at 9 S. Locust St.

The twice-convicted murderer, William A. Minnick, then a Greencastle 18-year-old, has been on and off Death Row since his second conviction in the case in September 1985.

On Tuesday, in Lawrence Circuit Court at Bedford, the next chapter in the heinous murder case will be written. It will be Minnick's ninth or 10th different court proceeding in the 1981 murder case.

Minnick, having been sentenced for murder back in October 1985, is up for resentencing that could see him stay in prison for the rest of his life (or at least until his late 80s or 90s) or be set free soon thereafter for having served half the standard 60-year murder sentence.

"The hardest part of all this," he added, "was getting ahold of Jim Payne and telling him. He's remarried and has grown children."

Payne, now 54, was the husband of Martha Payne. He came home to find his 24-year-old wife had been strangled, bludgeoned, electrocuted and fatally stabbed between the shoulder blades that cold, damp October day.

It has been a long and winding road to get to this point in the case with ever-changing judicial figures and decisions. Yet Minnick has remained in the Indiana State Prison for nearly 30 years.

Minnick, who turns 48 years old on Sunday, was arrested the day after the slaying. Within hours, he had given a confession to investigators -- including Prosecutor Del Brewer, Putnam County Sheriff's Deputy Jim Hendrich and Indiana State Police Dets. Jack Hanlon and Dick Rice.

And that taped confession was central to the prosecution's case during the first trial in Brazil that yielded a May 1982 guilty verdict and a death sentence from Clay Circuit Court Judge Ernest Yelton.

However, on appeal that verdict was overturned and a new trial ordered after the confession was ruled inadmissible. At some point during his interrogation and subsequent confession at the old Putnam County Jail, Minnick mentioned wanting a lawyer.

Because of that, the appeals court in September 1984 ruled the entire confession inadmissible, not just the portion after which Minnick mentioned needing a lawyer. 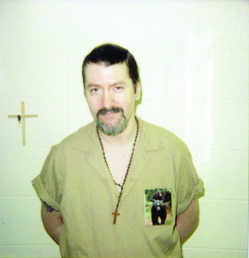 That meant a new trial without the most telling piece of prosecution evidence. The new proceedings began in September 1985 with Lawrence Circuit Court Judge Linda Chezem presiding.

Despite not having the confession to lean on, the prosecution got another guilty verdict for murder, rape and robbery. The Lawrence County jury stopped short of recommending the death penalty for Minnick, but Judge Chezem imposed it anyway.

However, she stopped short of additionally sentencing him to 50 years each on the counts of rape and robbery during the commission of murder. It would have been overkill, perhaps literally, or at least double jeopardy from the judge's point of view.

Initially Judge Chezem's death sentence ruling was upheld by the Indiana Supreme Court. That second direct appeal included the comment that Minnick "alone bears criminal responsibility for this singularly brutal homicide in the course of which the victim was raped, sodomized, stabbed, bludgeoned, strangled and electrocuted."

In light of those circumstances, the appeals decision continued, "it seems fair to state that no reasonable person would find a death sentence inappropriate here."

Three years later, post-conviction relief was denied by Judge David McIntyre, Chezem's successor on the Bedford bench. And three years after that, an appeal on that post-conviction denial ruling was itself denied.

It looked at the time as though Minnick's appeals had finally run their course.

But an Aug. 22, 2000 decision by Judge Allen Sharp of the Northern District of Indiana set in motion the legal machinations that have ultimately resulted in Tuesday's scheduled 1:30 p.m. return appearance in Lawrence Circuit Court.

In setting aside the death penalty and taking Minnick off Death Row, Judge Sharp prefaced his remarks by noting that "it is sometimes the painful necessity of the federal judiciary to protect fundamental rights in cases involving very bad people."

Perhaps, he continued, Minnick "does not deserve such consideration, but a jury of his peers selected in a rural southern Indiana state court thought that he should be punished but remain alive."

While Judge Sharp disagreed with the rest of Minnick's appeals points, he overturned the death-penalty decision by Judge Chezem and ordered Minnick resentenced "for imprisonment during his natural life without parole."

The problem with that is at the time, the State of Indiana had no statute imposing a sentence of life in prison without parole.

No further sentencing modification occurred, however, as sanity and competency hearings took precedence and additional consideration of post-conviction relief prevailed. But in December 2004, Judge McIntyre ruled Minnick was not competent and resentencing remained on hold. 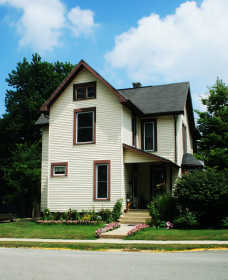 "It's going to open a lot of old wounds," Prosecutor Bookwalter reasoned. "For 30 years we've been dealing with the Minnick case."

At the resentencing hearing Tuesday, Bookwalter will argue the state wants the additional sentence for the convictions of rape and robbery imposed. Coupled with the 60 years for murder, that would have been a sentence of 160 years (with likely 80 years served under the way Indiana factors in an inmate's so-called "good time" as one day equals two).

"He's essentially served 30," Bookwalter said, "so that would leave another 100, and 50 years of that would make him 98 years old (by the time he is eligible for parole)."

That's the best-case scenario for the prosecutor. The worst case would find the judge granting Minnick credit for all time served, ignoring the additional rape and robbery sentences, and setting him free -- possibly as soon as following the hearing.

Most authorities cannot see the latter happening, however.

Bookwalter, like former prosecutor Brewer before him and all the investigators involved over the years, has no doubt Minnick was guilty.

He noted that it was Minnick himself who gave authorities a vital clue when he spoke of the smudges left on the victim's ankles to begin his failed attempt to electrocute her with wires stripped from a lamp in the Payne bedroom. Up until then, authorities thought the marks were greasy handprints left by a mechanic or similar laborer.

Later, while being held in the Clay County Jail, Minnick was overheard by a jailer making additional remarks bordering on a confession as he bragged about how the victim pleaded for her life in her final moments. That jailer testified for the prosecution in proceedings that followed.

"Me being here," he said, "is a lot easier than her (Martha's) sister being in Texas and panicking because she feels like she has no control of things and is afraid she won't be on time.

"I'm going to get up that morning and drive to Bedford," Payne added. "That's about all I can really do."

He admits he has not slept well lately because of the circumstances.

"I've got a knot in my stomach just thinking that the guy could get out."

Comments
View 14 comments
Note: The nature of the Internet makes it impractical for our staff to review every comment. Please note that those who post comments on this website may do so using a screen name, which may or may not reflect a website user's actual name. Readers should be careful not to assign comments to real people who may have names similar to screen names. Refrain from obscenity in your comments, and to keep discussions civil, don't say anything in a way your grandmother would be ashamed to read.