54 years of snips and clips 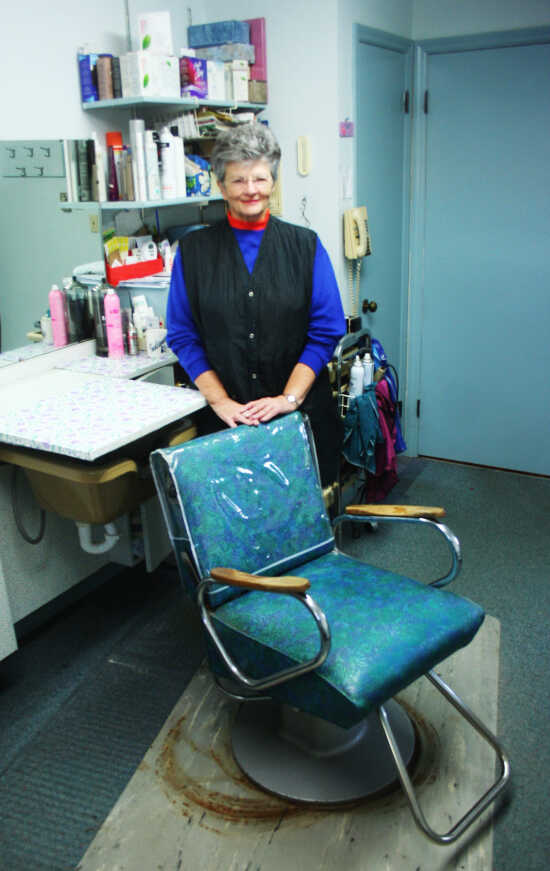 Liz Crosby has been cutting hair from her at-home salon for 37 years.

ROACHDALE -- When it comes to cutting hair, few people have the experience Liz Crosby has.

She works her own hours at home with her own salon in a small room just off the garage, and has been for the past 37 years. Liz and her husband Richard built the room, and the rest of the house, with the small eggshell blue room used solely for Liz and her business. She originally had a shop in Roachdale, but after 13 years she brought her work closer to home.

She doesn't get as many customers as she used to, but only because time has taken many of her regulars. She still has many left, some over 100 years old, and she doesn't plan on stopping anytime soon.

"They're forcing me to retire," Liz said.

Liz, now 73, is celebrating her many years in the business with an open house. But it's not actually at her house. It will be at the Porter home in Roachdale, just north of Casey's General Store on Dunday, Oct. 30.

The event also celebrates the length of her career, which began with Liz Crosby studying to become a nurse. But without the necessary background in science, she turned to AUBC Beauty School in Indianapolis, which no longer exists. She started working in Crawfordsville before coming to Roachdale to work at Rosemary's in Ladoga and for Mary Blue in Greencastle.

Over that time she gained many customers who followed her to her own stores and continue to follow her to this day as she does perms, coloring, haircuts and manicures out of her at-home salon.

She's heard her share of stories in her job and she wouldn't have it any other way.

"I enjoy doing what I'm doing. I enjoy visiting with my ladies, making them look nice. I could write a book (about the stories) but I don't think I will," Liz said.

If Liz ever decides to retire, something her husband Richard insists is a good thing, the two may open an antique shop in Roachdale. But for now, Liz is enjoying her time at the salon, doing what she starting doing 54 years ago.

"I'm not that busy now but I like it that way," Liz said.