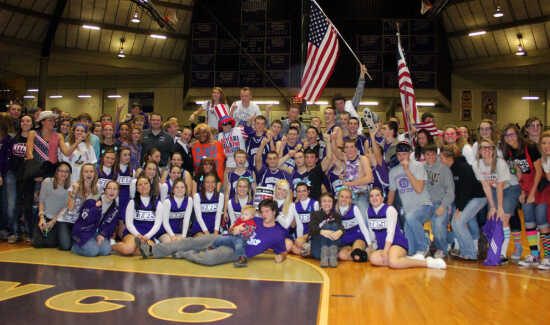 The Greencastle Tiger Cubs won the 2011 Putnam County Classic Saturday by defeating South Putnam 63-39 in the championship game. The team posed with its raucous cheer block following the win on the court. Cloverdale defeated North Putnam in the consolation game 73-47.

The Tiger Cubs outscored the Eagles 38-18 in the second half to come away with the win. Nick Hutcheson led GHS in scoring with 21 points, followed by Hayden Stuckwisch with 17.

In the consolation game, Cloverdale was able to overcome a tough opening round loss to South Putnam and defeat North Putnam 73-47.

Full coverage of the championship and consolation games of the Putnam County Classic will be in Monday's edition of the Banner Graphic.