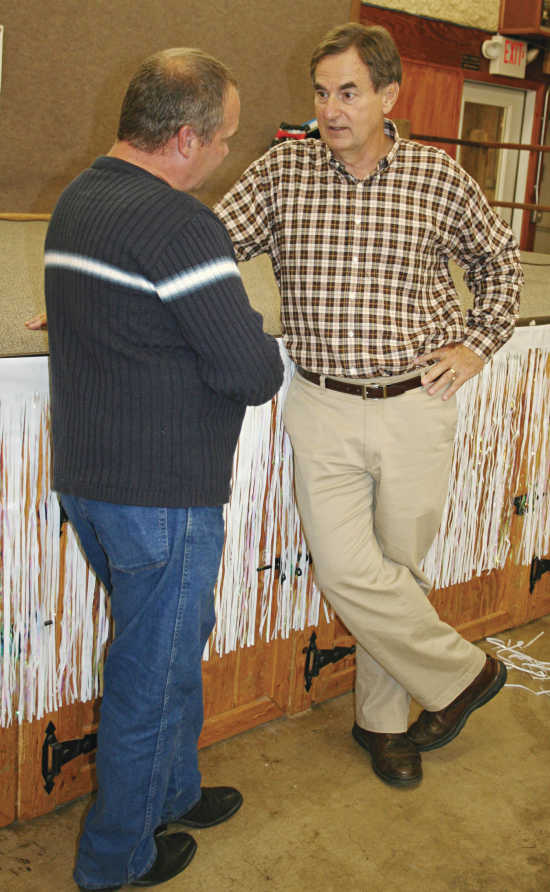 Making his fourth campaign stop of the day in Greencastle Saturday evening, Republican U.S. Senate candidate Richard Mourdock had met many of the voters he hopes will send him to Washington in November's election.

He had those individual voters on his mind when he addressed the Putnam County Republican annual hog roast and pie auction at the Fairgrounds Community Building.

"We've got a tremendous grassroots organization," Mourdock said. "Just look at all the red (Mourdock for Senate) shirts in here." 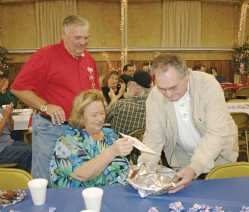 The current Indiana state treasurer said his success in the election is directly tied to their involvement, not just in voting but also in talking to friends, family, neighbors and colleagues.

He also spoke of "how powerful a yard sign can be."

Mourdock and a number of state and local candidates rallied the party faithful to make sure their conservative voices are heard on Election Day.

"Voter turnout's what this is about," Mourdock told the Banner Graphic. "I think we're going to see a big conservative wave. In my race, it's about trying to offset what happens in places like Lake County."

Acknowledging Democrat opponent Joe Donnelly has a distinct advantage in an urban area like Northwest Indiana, Mourdock spoke of the value he finds in support in places like Putnam County.

"It's an amazing thing for a guy from Darmstadt, Ind., to come to Putnam County and see his signs up," Mourdock said.

"This is by far the most humbling thing I've ever done," he said of the current campaign.

Besides being the night's featured speaker, Mourdock spent time talking one-on-one with voters, shaking hands and listening to their concerns.

But as exciting as meeting a U.S. Senate candidate may have been, the night's most compelling moment came from the pie auction, in which District 44 State Rep. Jim Baird and County Council President Darrel Thomas got into a bidding war for a prized apple pie.

In the end, Baird got the better of Thomas, taking home the pie for $500.

Mourdock even took part in the auction, writing down his salsa recipe to be auctioned along with the desserts. All in a day's work on the campaign trail.

"Forty-eight days to go, but we'll rest when it's over," Mourdock said.