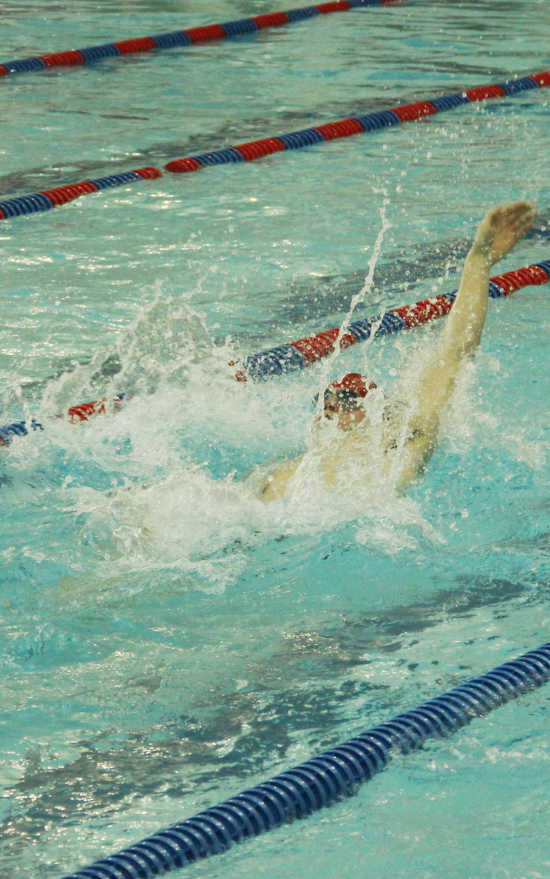 PLAINFIELD -- The South Putnam boys' swimming team came into sectionals with the goal of advancing swimmers through Thursday's preliminaries and bringing as many to Saturday as possible.

The team finished the Plainfield sectional final Saturday with a number of strong finishes, time-drops and a positive outlook for next year.

As a team, the Eagles wrapped up the season with a 10th place finish. Junior Tayler Arnold had the strongest performance of the day, winning the "B" finals 100-yard backstroke with a time (1:00.90) that placed him eighth overall for the day.

"We know that this is our last meet," SPHS coach Matthew Edwards said. "We want to be competitive against our county and conference schools, and we want to climb places and continue to drop time. For the most part, that really happened."

South Putnam dropped time in nearly all of its races and had several swimmers -- sophomore Ben Albright, sophomore Zane Crosby and Arnold among them -- who moved up the board from their seed.

All of the relays dropped at least two seconds from Thursday.

Junior diver Tyler Neumann, the 2013 Putnam County champion, also had a strong performance Saturday. His 10th-place finish provides him a solid benchmark for growth going into his senior season.

The Eagles had two seniors compete in their final high school meet Saturday, and though the veteran group isn't big, they will be tough to replace, Edwards said.

"Zeke Evens and Matthew Lund are our seniors this year, and they mean a lot to the team," he said. "Both of them come from families that have been doing this since they were six years old. Matt Lund is the last of several siblings, so it's going to be a strange team now that there isn't any Lund on it. Zeke Evens has been in a good, central role.

"They're both great leaders and they've really done well leading their team this year. It is bitter sweet, but we're a small school and we keep in touch."

The Eagles will have a new group of seniors to lean on next year, and coming off a strong finale like Saturday should give them the proper motivation for growth.

"The theme for today was, 'We made it this far. Just enjoy yourselves,'" Edwards said. "They swim against a lot of tough schools and a lot of tough competitors, but they don't want to go unnoticed. They want to put their best foot forward and that's what they did."