GCSC board poised to name Puckett superintendent next week 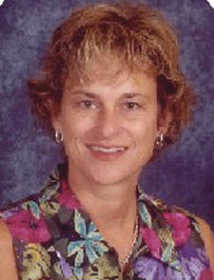 Nearly three months after naming Dawn Puckett the acting superintendent of Greencastle Community Schools, the school board appears likely to make it official next week.

The school corporation has announced a board meeting set for 4 p.m. on Monday, March 11, in which the two main agenda items center on replacing Superintendent Lori Richmond.

Richmond has been on a leave of absence since Dec. 12, the same date Assistant Superintendent Puckett was named acting superintendent.

While it has been clear since that point that Richmond would not return, no official action could be taken until her contract situation with the school had been settled.

Details of those negotiations are not public record, but school officials have indicated a resolution was getting closer.

Notice of next week's meeting makes it clear a settlement has been reached or is imminent.

Following a call to order, the next item on the agenda is a "hearing on proposed Greencastle Community School Corporation superintendent's contract."

Besides comments from the audience and adjournment, no further business is on the agenda.