He married Patsy E. (Swim) Rogers, and she survives. 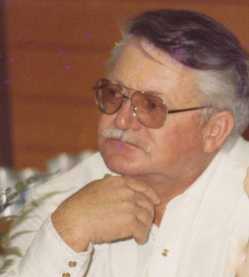 He was preceded in death by his two-year-old son David L. Rogers in 1965; his parents, Arthur and Louise (Higgins) Rogers; a brother, Ralph Rogers Sr; and a sister, Reta Jones.

He was a veteran having served in the United States Marine Corps.

Roy loved horseback trail riding, camping, attending all kinds of auctions, taking care of his cows and horses, and just taking an afternoon drive on a nice day through the country.

The family would like to thank the women of Horizon Hospice for all their care and compassion and the oncology department of Putnam County Hospital.

Interment will follow at the Walnut Chapel Cemetery, Belle Union.

The family will receive friends from 3-8 p.m. on Tuesday, April 16 at the funeral home.

Condolences may be shared with the family c/o www.bittlesandhurt.com.