DePauw grad Stevens ready to take on the NBA 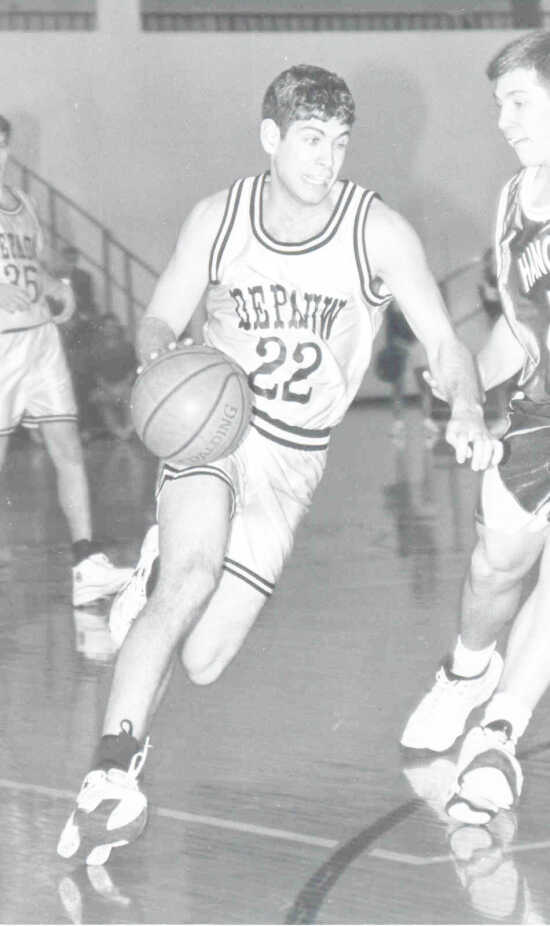 When the Boston Celtics hired former DePauw basketball player Brad Stevens as their new head coach last week, the news came as a surprise to everyone, including DPU coach Bill Fenlon, a friend and sometimes-mentor of Stevens.

"He holds his cards pretty close to the vest," he said. "I think he's been approached quite a bit over the last four or five years. ... Brad has just done a great job of being able to stonewall it pretty good, and (the story) just goes away."

While the step from mid-major college basketball to the NBA is significant, it's a jump Fenlon believes Stevens will take in stride.

Stevens was a key player for the Tigers during his four-year career that ended following the 1998-99 season. Prior to his senior year, he was hired at Eli Lilly, pending graduation.

With a job in his pocket, Stevens had his best season for the Tigers, graduated with a degree in economics then moved on to the professional field.

College basketball, which Stevens had loved since his youth, called him back. After a year at Eli Lilly, he reached out to his former coach for advice about getting into coaching. Fenlon, a guard at Northwestern, was then 20 years into his career. He knew there is no stopping a talented man with a fever to coach basketball, so he encouraged Stevens to pursue it.

"I thought he'd be making a lot of money one day, but I didn't know it would be in basketball when he graduated," Fenlon said. "Once he got out there, he realized that he wanted to pursue the basketball thing. The basketball wasn't a default thing that he couldn't do anything else."

In the 13 years since, Stevens has coached two teams to the NCAA National Championship Game and, at 36, been hired to lead the most successful franchise in NBA history.

Aside from the obvious financial benefit (Stevens has been reportedly given a six-year, $22 million contract), the NBA also gives Stevens something he could have never gotten at Butler or any other college: A year-round focus on the game, without distractions like recruiting and academics.

"He's going to be putting his team together and dealing with the machinations of putting a team together, pretty much 24/7 all year long," Fenlon said. "For a basketball purist, obviously it's where you want to be.

"It's the best resources, the best players and the best opportunity to see where you can take your thoughts on the game."

Stevens is a smart, talented coach. His success at Butler is unprecedented for a small school, and nearly any school. Aside from Butler, only the University of Florida has reached consecutive championship games in the past 15 years.

Given that, it will still be a tough transition. Successful college coaches have routinely struggled when making the step to the NBA and much of that is because of the same singular focus that makes them successful.

While casual fans can follow both college and pro basketball, coaches are only looking at their next opponent, their conference and their own team.

"You follow it as much as the occasional SportsCenter or a game every now and then, but I don't follow and I think most college coaches are somewhat the same."

While Stevens has had a couple of players move on to the NBA, most notably Gordon Hayward and Shelvin Mack, his program hasn't been a hotbed of pro talent like Kentucky, Duke or UCLA.

Other than supporting his own players, Stevens hasn't had much reason to watch NBA games. Few college coaches do.

"In the last couple years, since they've had a couple guys in the league, he found himself watching a lot more NBA games. He's paying a lot more attention to it," Fenlon said. "When you get to those higher levels when you actually have players who are going to get drafted or who are former players who are playing in the NBA, I think your interest levels goes up a little bit."

That interest level has gone up for Fenlon, who now plans to watch his former player's team as it fights through a rebuilding year.

The Celtics recently traded two future Hall of Fame players, Kevin Garnett and Paul Pierce, and will enter next season with a young, flawed roster.

Stevens is used to challenges, but this will be a big one.