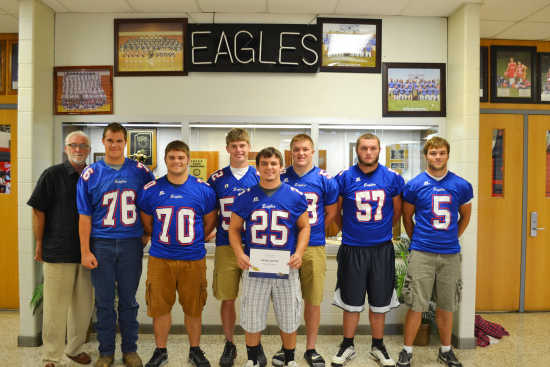 Lorian officially rushed for 311 yards on 24 carries and had four touchdowns in the Eagles' win over Rockville.

Lovell visited South Putnam High School on Thursday to present the award and pose for a photo with Lorian, but the back insisted his offensive line share in the award. Lorian was quick to credit his line for opening up holes, speaking after the game and to Lovell.

SPHS head coach Troy Burgess said Lorian has become a leader for the team this year and, as a running back, he knows how to lead by example. He has brought the line doughnuts at school and shares with them his appreciation.